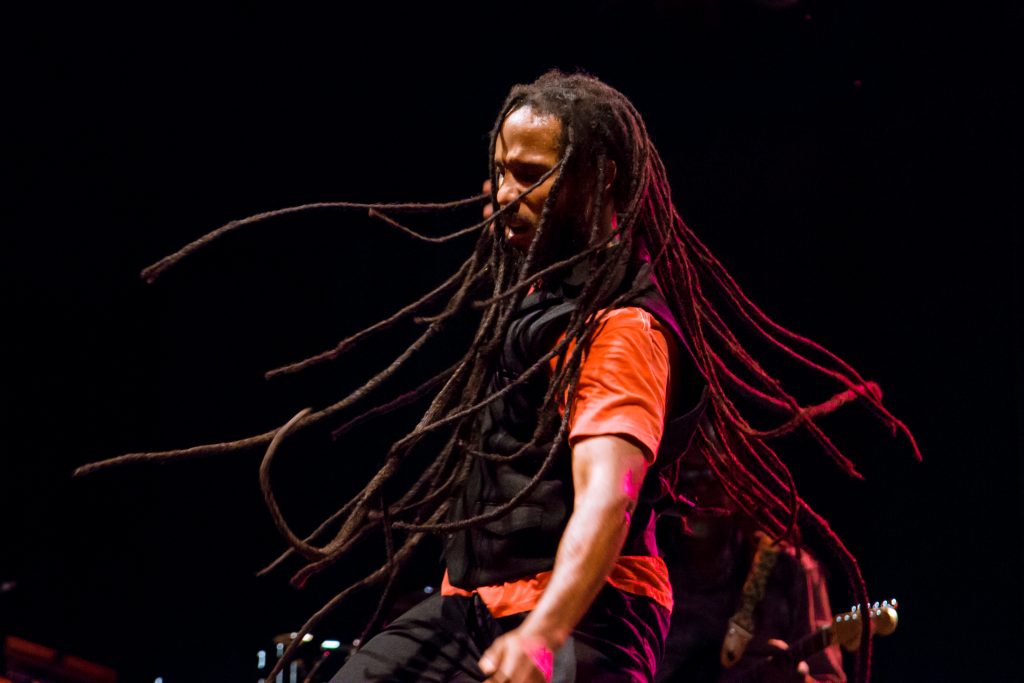 The strains of guitar chords, drum beats, and vocal crescendos remain indistinguishable from those of the winds of change. Recognizing this truth, GRAMMY® and EMMY® Award-winning singer, songwriter, producer, humanitarian and visionary Ziggy Marley infuses the spirit of revolution into his seventh full-length solo offering, Rebellion Rises [Tuff Gong Worldwide].

Throughout the record, he encourages the people to stand in solidarity together.

“Every song speaks to the rebellion, but the word ‘love’ is also in a lot of them,” Marley affirms. “Love is the foundation. This entire album is a message to the best side of humanity. It’s a rallying cry and encouragement for us to stand up. When we do, our actions will be felt. We will change the direction of this world instead of what we see happening today. We will make it better, but we have to do more. We have to take a stand. We have to get more active. No matter what the fake leaders say, we’re going to love one another first.”

In many ways, it represents every side of the iconic artist within one dynamic, diverse, and definitive body of work.

“It’s a good representation of everything about me,” he affirms. “It has the elements of the past and the future. It grooves nicely. Things change naturally. We don’t think about it too much; we just make it happen. That is the most beautiful creation. I’ve learned something from every experience and project. This is the next version of myself as I continue to grow and expand.”

“If promoting love and unity for the earth is not the agenda or priority of these leaders in this world then they are fake leaders,” he explains. “What you leading? Leading is when you make things better for humanity, not just materially—but in life and in liberty. If you’re encouraging fighting and war, whether for religion, race, or politics, you’re not a leader. We can’t call you one. True leaders bring humanity together. That’s why there are so many problems. It can’t go on, we have to make the shift.”

The title track “Rebellion Rises” codifies a peaceful manifesto in the heart of an irresistible chant.

“The rebellion begins in the mind, the melody, and the music,” he assures. “We are a conduit of that. The rebellion is consciousness. Once the consciousness starts spreading, we become aware and we finally rise.”

If anybody can incite change through song, it’s Ziggy. In fact, it’s in his blood. For as much as he upholds a family tradition that began with his father Bob Marley, he’s also blazed a trail of his own. After eight records with The Melody Makers and three GRAMMY® Awards, he kicked off a legendary solo career in 2003 with Dragonfly. He impressively garnered the GRAMMY® Award for ‘Best Reggae Album in 2006 (Love Is My Religion), 2013 (In Concert), 2014 (Fly Rasta) and 2016 for the self-titled Ziggy Marley – which marked his fourth consecutive debut at #1 on the Billboard Top Reggae Album Chart.

Building a presence in the world of children’s entertainment, Marley’s first children’s album (Family Time) received the 2009 GRAMMY® for “Best Children’s Album.” He also took home a Daytime EMMY® Award for “I Love You Too,” which shares its title with his children’s book. To date, Marley has taken home a total of 8 GRAMMY® Awards.

Tapping into his expansive creativity, he created the graphic novel, MARIJUANAMAN, and launched Ziggy Marley Organics—an innovator in GMO-free coconut oils and hemp seed snacks. As an extension of his passion for health and sustainable living, Marley published the Ziggy Marley & Family Cookbook in 2016.

So, what does revolution sound like in 2018 and beyond?