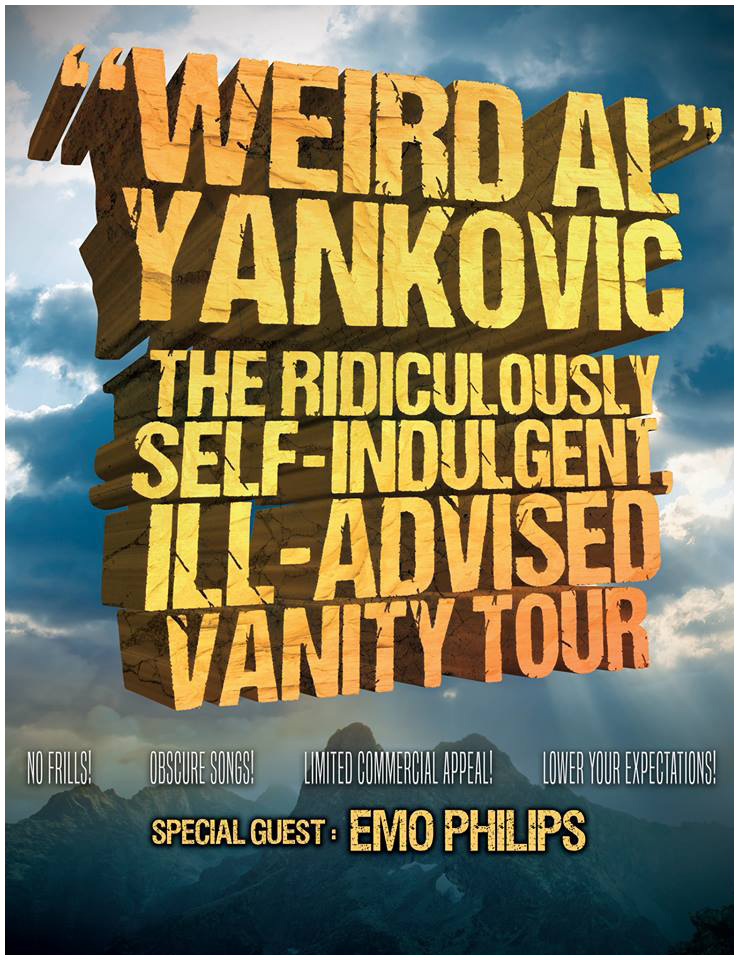 On sale Friday October 20 at noon!

“Weird Al” Yankovic burst onto the scene over three decades ago and never looked back.  For the first time in his storied career, the world’s foremost musical satirist and four-time Grammy-winner foregoes his usual high-octane, big-production show for an intimate evening of music, focusing on original (non-parody) songs from his 14-album catalog.  After his 2016 world tour, including venues such as the Hollywood Bowl and Radio City Music Hall, this is a rare opportunity to get up-close and personal with this legendary performer. Weird Al’s most recent album Mandatory Fun was the first comedy album in history to debut at #1 on the Billboard Top 200 chart.  In 2018 he will be awarded a star on the Hollywood Walk of Fame.