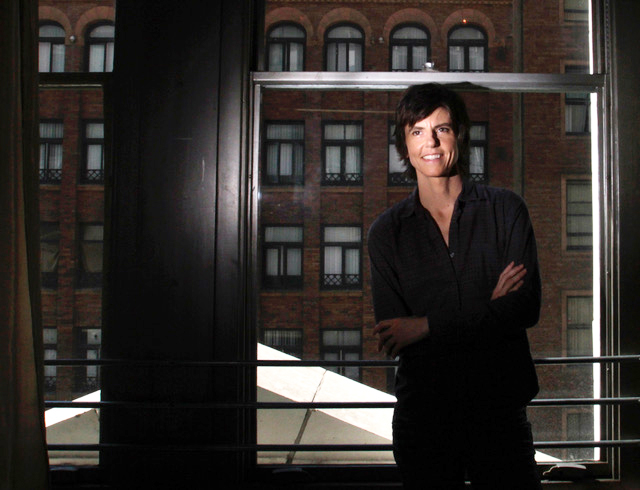 Tig (affectionately named by her brother as a child) was born in Jackson, MS and raised by her single mother in Pass Christian, MS. During hot summer days, her artistic and free-spirited mother would feed the children all three meals at once, then hose down their diapered bodies in highchairs to cut back on cooking and cleaning, leaving more time for her to paint donkeys on the outside of their house. The family eventually moved to Texas, where they gained a new father who provided structure and alas…a house with no donkeys painted on the walls.

While serving time in a Texas high school, Tig failed three grades by entertaining classmates rather than entertaining the notion of a successful academic career. She decided to drop out of school in 9th grade and move to Denver, CO., where she worked briefly in the music industry before moving to LA to lodge herself firmly into the world of comedy.

Tig has appeared in a number of television shows and most notably as “Officer Tig” in THE SARAH SILVEMAN PROGRAM. Tig has also guest starred on THE OFFICE , COMMUNITY, BOB’S BURGERS, THE LIFE & TIMES OF TIM, IN THE MOTHERHOOD (with Megan Mullally and Cheryl Hines), DOG BITES MAN (with Zach Galifianakis), was a recurring guest-host on MOVIES AT OUR HOUSE, had her own half-hour special: COMEDY CENTRAL PRESENTS TIG, she’s a regular on CONAN and has also appeared on LATE NIGHT WITH JIMMY FALLON and JIMMY KIMMEL LIVE among others. In 2013, she made her feature film debut in IN A WORLD and can be seen in upcoming releases SHREVEPORT with Ryan Phillippe and WALK OF SHAME with Elizabeth Banks.

In 2006-2007, Tig performed as part of a series of house concerts across the country in the living rooms, basements, rooftops, garages, backyards, lofts and barns of fans. The tour featured rotating guest comics and local MCs in each town with occasional surprise celebrity drop-ins. Look for it on Showtime as a special: KNOCK, KNOCK ITS TIG NOTARO. Tig performs regularly at the Hollywood Improv, the UCB Theater, and Largo at The Coronet Theater in her monthly show, “Tig Notaro and Friends”….. and of course, headlining festivals, clubs, colleges, theaters, and living rooms across the universe.

Tig currently resides in Venice Beach, CA, on the same street as Julia Roberts, but in a much smaller house.