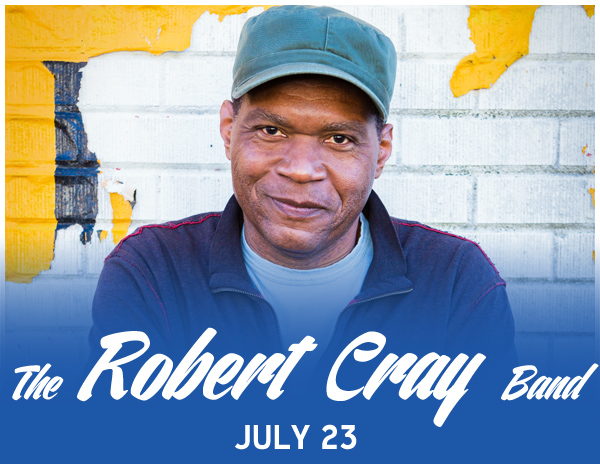 Robert Cray has been bridging the lines between blues, soul and R&B for the past four decades, with five Grammy wins and over 20 acclaimed albums. In just over 40 years Cray and his band have recorded 20 studio releases, 15 of which have been on the Billboard charts, and played bars, concert halls, festivals and arenas around the world. Four years ago Cray was inducted into the Blues Hall of Fame. His newest project is Robert Cray & Hi Rhythm.

For his latest project, Robert Cray & Hi Rhythm (April 28 / Jay-Vee Records), the Blues Hall of Famer traveled to Memphis with his friend, renowned Grammy Award winning producer Steve Jordan, to make a classic soul album with Hi Rhythm, the band that helped create that sound. The group’s most recent recordings, “Nothing But Love” and “In My Soul” put the band back on the Billboard Charts.

Growing up in the Northwest, Robert Cray listened to the gospel of the Five Blind Boys of Mississippi, Bobby Bland’s soul, Jimi Hendrix’s rock guitar and the Beatles pop sounds. He has brought all of these influences into play throughout his impressive career.