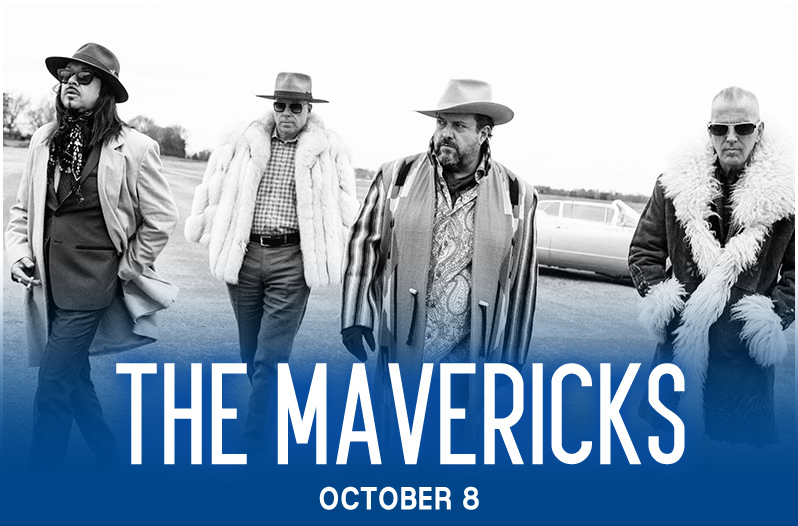 Hot on the heels of their celebrated reunion, the Mavericks are back on the road and ready to rock with their unique brand of neo-country. Featuring the danceable rhythms of Latin music and a hearty helping of brass instruments, the Mavericks don’t put on your typical mid-tempo country show. Quite the contrary, these guys like to move, and they expect — and receive — the same from their fans. Their newest album, Mono, was released in 2015.

Formed in Miami in 1989, the Mavericks spent their early days in the city’s punk and alternative scene, sharing bills with the likes of Marilyn Manson while developing their uniquely Miami-influenced brand of modern country. Following two early albums, the band hit their stride in 1994 with What a Crying Shame, which peaked at No. 1 on Billboard’s Heatseekers Albums chart and landed five singles on the country charts. 1996’s Music for All Occasions would prove an even bigger success, scoring them a Top 20 country hit with “All You Ever Do Is Bring Me Down” and a Grammy Award for “Here Comes the Rain.” Following the band’s split in 2004, lead singer Raul Malo released six solo albums before their eight-year hiatus came to an end with the 2012 announcement of a reunion album and tour. Their newest albums are In Time (2013) and Mono (2015).