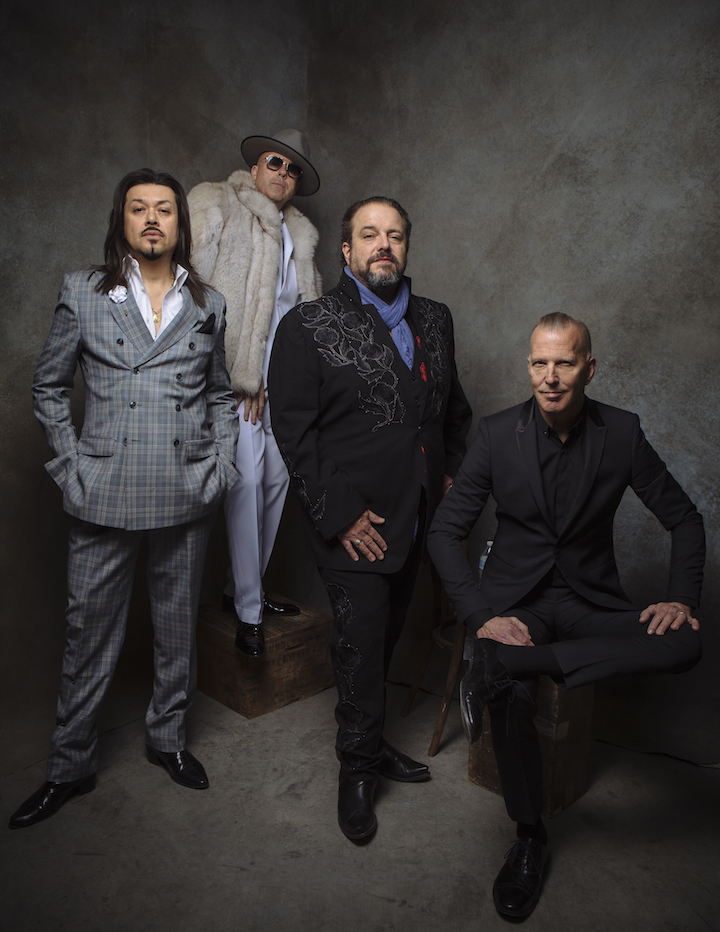 The genre-defying Mavericks are declaring their independence and stepping out on their own with Brand New Day, the first studio album released on Mono  Mundo Recordings, the label they founded in 2016. Brand New Day is the follow-up to the widely praised albums Mono (2015) and In Time (2013).

Flashing the same exhilarating, beyond-category style that has defined the Mavericks, the new album introduces a collection of taut, energetic, economical songs sure to be embraced by both original fans of their top-10 albums and hit singles of the ‘90s and a new generation of listeners who have joined the party since their triumphant 2012 reunion. It is the mature and timely work of an  exciting and underestimated American band that has embraced its own destiny.

The new collection – co-produced like its immediate predecessors by the band’s golden-voiced singer Raul Malo and Niko Bolas, who is partnered with the band in the new Mono Mundo imprint – features the core members of the group since their reformation: Malo, drummer Paul Deakin, guitarist Eddie Perez, and keyboardist Jerry Dale McFadden, along with auxiliary members “the Fantastic Four” filling out the set’s brawny sound with their signature accordion and horns.

Free and truly independent for the first time in their career, the Mavericks were able to write and record without watching the clock. The process began in 2015 with a session at Capitol Studios in Hollywood, where the band cut two new songs by Malo and songwriting partner Alan Miller. Further writing and studio dates continued in Nashville amid a busy touring schedule over the course of the next year.

The album contains a diverse selection of originals that show off the Mavericks’ always multi-faceted musical personality, including the boldly upbeat title song, the tejano/bluegrass flavored “Rolling Along”, the intensely romantic “Goodnight Waltz,” the blues-fueled “Ride With Me,” and the thematically pointed “Easy As It Seems” and “Damned (If You Do).”

Brand New Day flexes the category-defying approach that has been a unique hallmark of the Mavericks’ sound since the band’s top-20 hits on the country charts. The album’s 10 new songs seamlessly merge strains of Tex-Mex, Cuban bolero, R&B, blues, country, and rock ‘n’ roll.

Malo says that one of his early inspirations, a fondly remembered 1960 pop aria by Elvis Presley, not only continues to drive his vision of the Mavericks’ music,  but also helped define the process of creating the unit’s first studio release on their own.

“My whole life, I’ve been wanting to write ‘It’s Now or Never’,” Malo says. “That was the record for me when I was a kid. That just blew my mind. It connected all these worlds musically, opera, pop, rock ‘n’ roll, R&B. It connected everything for me. The inspiration here was writing that kind of song, making that kind of  record.’

Malo sees the expansive music on Brand New Day not merely as an expression of his personal roots, but also as a nod to the richness of their artistic sources.

He says, “I live in Nashville, but I’m still as Cuban as if I was in Miami. But American music is such a beautiful landscape, and there are so many things to draw from. As a Latino, you’re trying to assimilate into this culture, and you’re taking it all in, and some of it grabs you by the throat and you can’t let go of it. All of it is part of your vocabulary. It’s all Americana, and now more than ever those differences, and that inclusion, need to be celebrated and need to be talked about.”