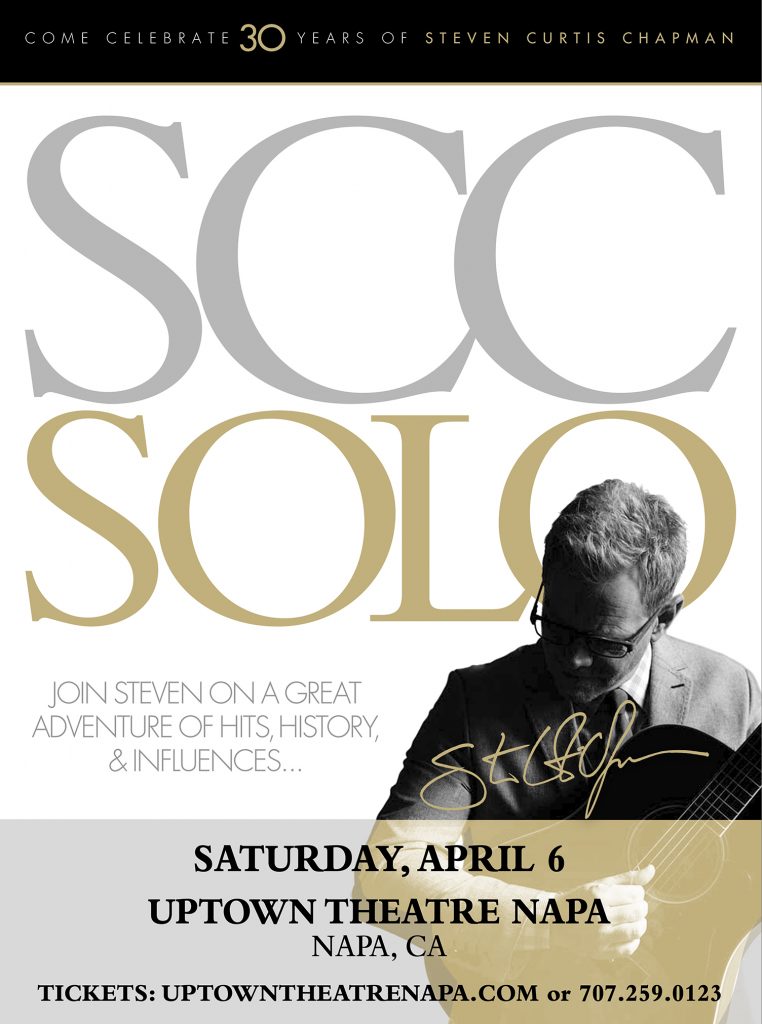 In a career that has spanned 30 years, Steven Curtis Chapman is the most awarded artist in Christian music history with 58 Gospel Music Association Dove Awards, five GRAMMYs®, an American Music Award, 48 No. 1 singles, selling over 11 million albums, with ten RIAA-certified gold and platinum albums to his credit. He has been on “Good Morning America,” “CBS Sunday Morning,” CNN, MSNBC, “60 Minutes,” “E! Entertainment”, “The Today Show,” “Fox & Friends,” “CBS This Morning,” “The Tonight Show,” Glenn Beck’s “The Blaze,” as well as appearing in the pages of People, Billboard, Parents Magazine, and more.

With countless tours under his belt, Chapman continues performing on the road at numerous festivals and events, currently headlining the third season of SCC SOLO, A Night of Hits, History and Influences. Chapman recently wrapped his third season hosting the monthly “Sam’s Place: Music For The Spirit” concert series at Nashville’s historic Ryman Auditorium, where a portion of each ticket sale went to Show Hope, a movement Chapman and his wife, Mary Beth, started to care for orphans.

Steven and his wife, Mary Beth – parents to six children, three of whom joined their family through adoption – are National Angels in Adoption® recipients and are the co-founders of Show Hope. Show Hope’s work is dedicated to restoring hope to thousands of children living as orphans by breaking down the financial barriers between waiting children and loving families. More than 5,500 children from more than 60 countries, including the U.S., have been impacted through Show Hope’s Adoption Aid grants. In addition, more than 2,400 children with acute medical and special needs have received loving care through Show Hope’s Care Centers in China. For more info, visit StevenCurtisChapman.com or ShowHope.org.