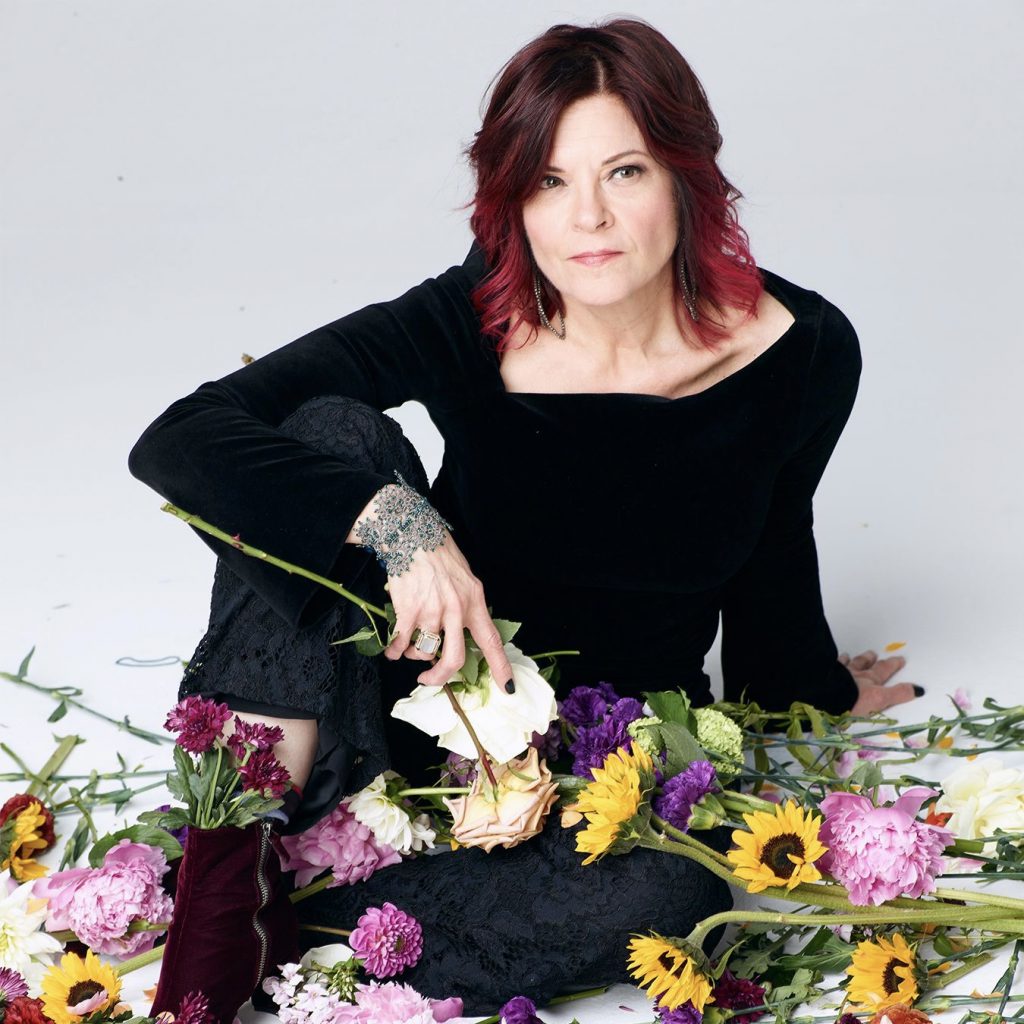 When you read the name Rosanne Cash, chances are you think of the singer-songwriter with nearly two dozen Top 40 hits, fourteen Grammy nominations, and four Grammy Awards. If you have paid close attention, you may also think of Cash as an author, whose 2010 memoir Composed garnered praise from high-profile critics and landed on The New York Times’s bestseller list. Or you have seen her as a music community catalyst who often brings together giants of American roots music for various events. Or in documentary films, as someone with a valued voice and a first-hand experience of modern music history.

If you take a step back, though, it becomes much clearer that Rosanne Cash is all these things at once. The totality of her role as an artist, a woman, and the responsible courier of a storied cultural legacy means Cash is a rare artist with many outlets. All of these point toward the same end: Her belief that art and culture are a vital, shaping force in society.

Of Cash’s 21 Top 40 hits, eleven have reached Number One. The impact of her 39 singles across 14 albums has earned her a spot in the Nashville Songwriters Hall of Fame and a SAG/AFTRA Lifetime Achievement Award for Sound Recordings. Her unique artistic vision has been fully embraced by the Americana Music Association, which awarded her with a Spirit of Americana Free Speech Award in 2018. Her thoughtful acceptance speech that night garnered three standing ovations.

The careful balance Cash maintains between being a spokesperson for both scholarly and grassroots culture has earned her praise beyond the realm of the music industry, too. She is the recipient of an honorary doctorate from the Berklee College of Music; a Smithsonian Ingenuity Award for the Performing Arts; and the 61st Edward MacDowell Medal for her “outstanding contribution to American culture.” Previous recipients include Georgia O’Keefe, Toni Morrison, Stephen Sondheim, and Leonard Bernstein. (Cash is the first woman to receive the honor for composition.)

Her prose writing has also underscored her singular view of the role that music and art—and the people who make it—can play in our lives. She has been called upon to deliver commencement addresses. She has published essays elucidating the value of music and the arts. In 2001 she wrote for Performing Songwriter magazine, “A great work of art will make me feel as if I have been asleep up until the moment of encountering it, and the awakening accompanies a fresh rush of passion for my own life.”

This relationship she has with art and the creative spirit is one of the underpinnings of Composed, which the Chicago Tribune called, “One of the best accounts of an American life you’ll likely ever read.” The Globe and Mail celebrated the book’s raw honesty: “[Cash] shares her truth, her life, by giving us all the details—not the petty or prurient stuff of tabloid dreams, but rather, the people, places and things that serve as numen, talismans or nemeses, that keep cropping up in an unfolding life-story.”

Her October 2017 op-ed for The New York Times, “Country Musicians, Stand Up to the NRA,” earned a response from Pitchfork, Rolling Stone, Billboard, and others. The piece, like several she has published since her anti-gun-violence speech to the Million Mom March in 2000, reiterated Cash’s position as one of very few popular singers with country music ties to confront the gun lobby. Using a strength of conviction that no doubt comes from her father, she implored other musicians to use their platforms to call for reform.

As the Covid pandemic began to sweep across the U.S., Cash wrote another oft-shared article, this time for The Atlantic: “I Will Miss What I Wanted to Lose.” There, she lamented the shuttering of music venues and pausing of tours that became necessary to protect public health.

Taken alongside her songs, these writings have offered Cash’s music fans a more holistic understanding of her relationship with the world than one might glimpse in her songwriting alone. They depict the artist as an important member of society, tasked with holding up a mirror—whether within the music or without it—to help shape our shared reality. There is a sense when Cash decides to speak out that she understands the many sides of an issue. After all, she is a daughter of the South and the inheritor of a legacy which both spawned and popularized country music. She has also been a New Yorker since 1991 and is a valued member of a vibrant community of artists and writers.

She has frequently performed for major events at Lincoln Center and has been chosen as artist in residence by SFJazz, the Country Music Hall of Fame, the Library of Congress, and Carnegie Hall. Her partnership with Carnegie Hall is ongoing, as Cash continues to curate music performances by other American roots artists there.

She is routinely tapped for films as a valued participant in the evolution of popular music, including numerous titles about Johnny Cash, The Winding Stream about the Carter Family, and documentaries about Elvis Presley, Jimmy Carter, and other major figures. Ken Burns included her in several episodes of his sprawling Country Music documentary. And, due to her lifelong interest in science, she has appeared on numerous panels with celebrated neuroscientist Daniel Levitin, to discuss the relationship between music and the brain, among other things.

In 2014, she testified in front of Congress in support of the Songwriter Equity Act and has since maintained her advocacy on behalf of the arts, serving on the board of the Artist Rights Alliance which campaigns for the legal rights of musicians. Her involvement with politics doesn’t stop at advocacy, though. Cash has proven effective at translating often inflammatory topics like gun control and racism for audiences who might otherwise turn a deaf ear. No doubt, this is due in part to her tendency to write and sing songs that don’t proselytize, but question and reveal.

With 2014’s “When the Master Calls the Roll” (from her Grammy-winning The River and the Thread), she sang of the fact that members of her family fought on both sides of the Civil War. She also joined voices with Mark Erelli and was instrumental in bringing other big-name artists along for his 2018 gun-control anthem, “By Degrees.” And into the complex, divisive social landscape of 2020, she released a rumination on our responsibility to leave the world a better place than we found it, with “Crawl into the Promised Land.” She directed all proceeds from that song to the Arkansas Peace and Justice Memorial Movement.

Also in 2020, Cash pulled together a panel featuring author/songwriter Alice Randall and activist/author Angela Davis for the Americana Music Festival and Conference. The discussion, titled “Love and Vigilance,” focused on the power of music as a tool for social change. Therein, Cash clarified the way she sees her role as a creative person. “How [do we] build community when the nation is so divided,” she asked Randall and Davis. “To me it begins with music and art.”

Indeed, Rosanne Cash has begun with music and art since she launched her career in 1978. But that has always been just the beginning.