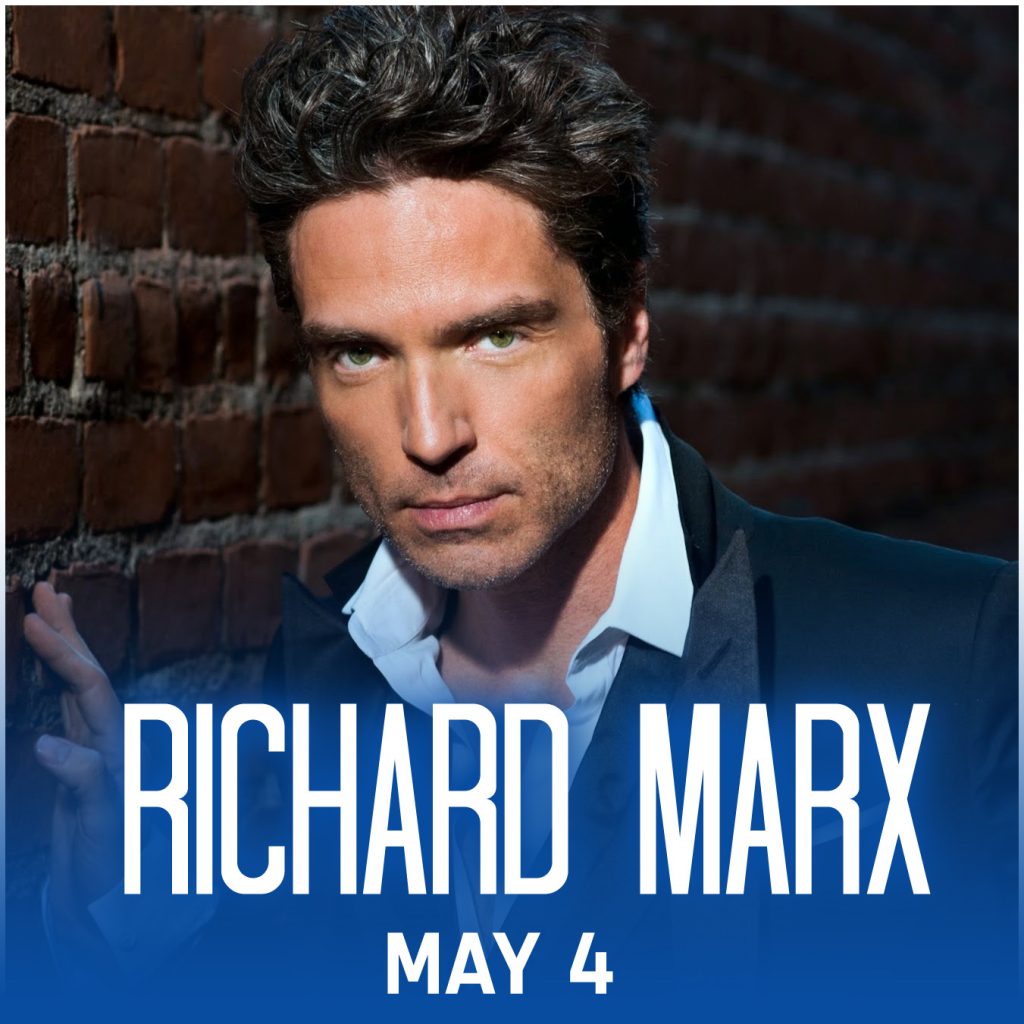 As a performer, songwriter and producer, Richard Marx’s nearly three-decade-long career has had innumerable highlights. The Chicago native has sold more than 30 million albums worldwide, starting with his self-titled debut which went to #8 and spawned four Top 5 singles, including the chart-topping “Hold on to the Nights,” with “Don’t Mean Nothing” earning him a Grammy nomination for Best Male Rock Vocal Performance. The follow-up, 1989’s Repeat Offender, was even more successful, hitting #1 and going quadruple-platinum with two #1 singles in “Satisfied” and “Right Here Waiting.” When both Rush Street (with two #1 AC hits in “Keep Coming Back” and “Hazard”) and Paid Vacation (with its #1 AC hit, “Now and Forever”) went platinum, Marx achieved a seven-year string of triumphs that rivaled any in pop-rock music history. To this day, he is the only male artist in history to have his first seven singles reach the Top 5 on the Billboard charts.

For most artists, that would be impressive enough – but Richard Marx didn’t stop there, launching a second, very successful, incarnation as a songwriter and producer, with songs like “To Where You Are,” the first hit single from Josh Groban’s debut album, as well as the NSYNC smash, “This I Promise You.” He went on to earn a 2004 Song of the Year Grammy for co-authoring Luther Vandross’ “Dance with My Father.” Across all formats, Marx has scored an amazing total of 14 #1 singles (including Keith Urban’s #1 smash “Long Hot Summer”) both as a performer and songwriter/producer, making him a true multi-talented threat who continues to challenge himself and his fans. He has also written with Jennifer Nettles, Sara Bareilles and Vince Gill. He holds the honor of being one of a handful of artists who have had a number one hit in each of the past four decades.