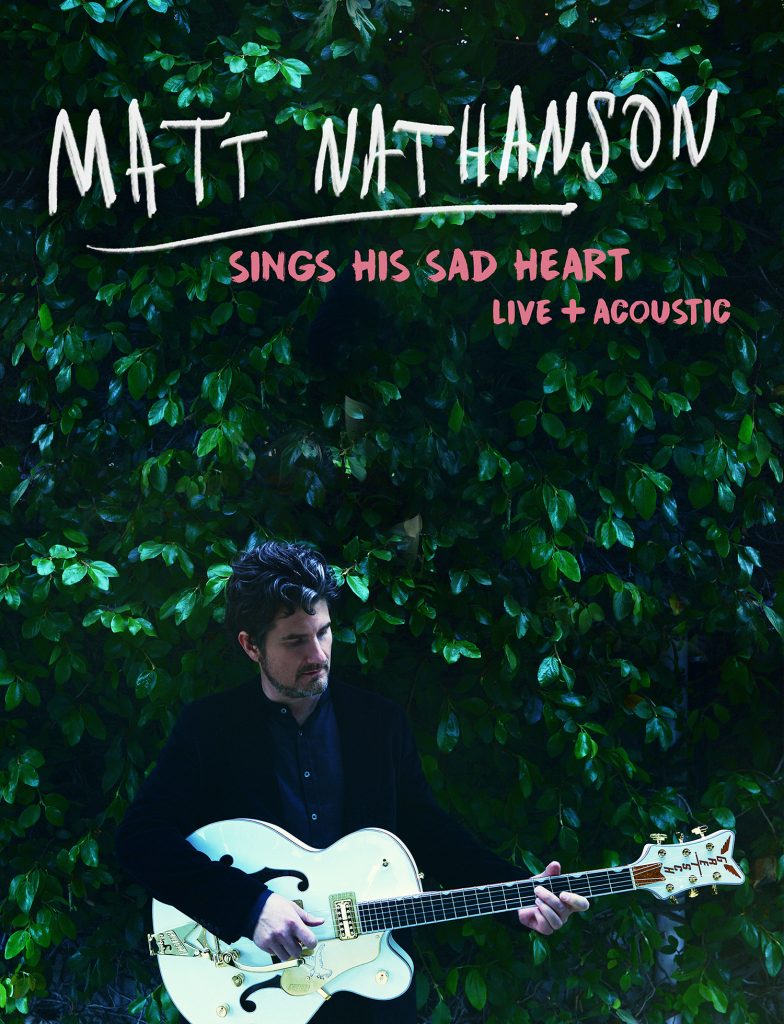 Based in San Francisco, Matt Nathanson has evolved into one of the most applauded songwriters and engaging performers on the music scene today. His 2007 album, Some Mad Hope, yielded his breakthrough multi-platinum hit “Come on Get Higher.”  His 2013 release, Last of The Great Pretenders, debuted at #16 on the Billboard Top 200 while hitting #1 on iTunes’ Alternative Albums chart. Nathanson’s latest album, Show Me Your Fangs, was hailed as his most adventurous and prolific album to date featuring the songs, “Giants,” “Bill Murray” and “Adrenaline.”

This year, Nathanson has announced his new album Sings His Sad Heart will be released on October 5. The album comes off the heels of Nathanson’s Def Leppard approved cover album of their iconic Pyromania called Pyromattia which shot to #1 on iTunes Alternative chart upon its release. Def Leppard’s Joe Elliott called the album “an amazing reinterpretation” with “heart & soul.” Nathanson is currently out as a special guest on O.A.R.’s Just Like Paradise Tour through September 18th.

Nathanson has performed on The Howard Stern Show, Ellen, CONAN, Jimmy Kimmel Live!, Dancing with the Stars, Rachael Ray, and The CMA Awards to name a few.