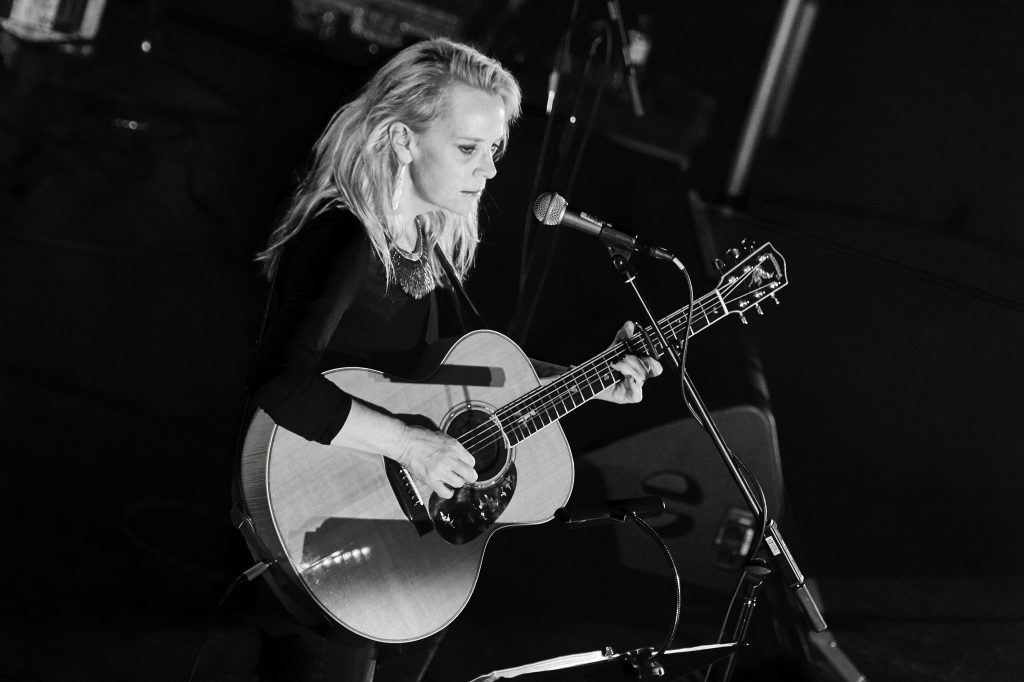 The Things That We Are Made Of, the new full-length album by renowned and beloved singer, songwriter and performer Mary Chapin Carpenter, will be released May 6 on Lambent Light Records via Thirty Tigers (pre-order). Produced by 2016 Producer of the Year Grammy-nominee Dave Cobb (Jason Isbell, Chris Stapleton), the album features eleven new songs, including the lead track “Something Tamed Something Wild,” which premiered yesterday at Rolling Stone and can now be heard/shared via Soundcloud. Of the song, Rolling Stone praises, “…beautifully sums up where she’s been and sets the stage for what’s yet to come…’Something Tamed Something Wild’ and indeed the entire new album finds the songwriter at her most thoughtful and also at times sweetly whimsical, perfectly capturing the buoyant spirit of her early successes and also serving as a reminder that she remains one of the most grounded, sentient songwriters of her generation.”

Over the course of her acclaimed career, Carpenter has recorded 14 albums and sold over 14 million records. With hits like ”Passionate Kisses” and “He Thinks He’ll Keep Her,” she has won five Grammy Awards (with 15 nominations), two CMA awards, two Academy of Country Music awards for her vocals and is a member of the Nashville Songwriters Hall of Fame.

Born in Princeton, New Jersey, Carpenter began playing guitar and writing songs early in life, and was playing her songs in D.C. clubs before she was out of her teens. Word of Carpenter’s talents eventually reached Nashville, winning her a deal with Columbia Records, which released her 1987 debut album, Hometown Girl.

Her debut disc set the stage for the success of 1989’s State of the Heart and 1990’s Shooting Straight in the Dark, each of which produced four Top 20 hits, including the Grammy-winning smash “Down at the Twist and Shout.” Those releases were followed by the massive commercial breakthrough of 1992’s Come On Come On, which was certified quadruple platinum and yielded no less than seven charting singles.

More success followed with such albums as the platinum Stones in the Road, A Place in the World, Time* Sex* Love* and Between Here and Gone. Carpenter moved to Rounder/Zoë in time for 2007’s Grammy-nominated The Calling, which was followed by the seasonally themed Come Darkness Come Light: 12 Songs of Christmas, the Grammy-nominated The Age of Miracles and Ashes and Roses.

Along the way, Carpenter has won five Grammy Awards, was named the Country Music Association’s Female Vocalist of the Year in 1992 and 1993 and in 2012 was inducted into the Nashville Songwriters Hall of Fame.