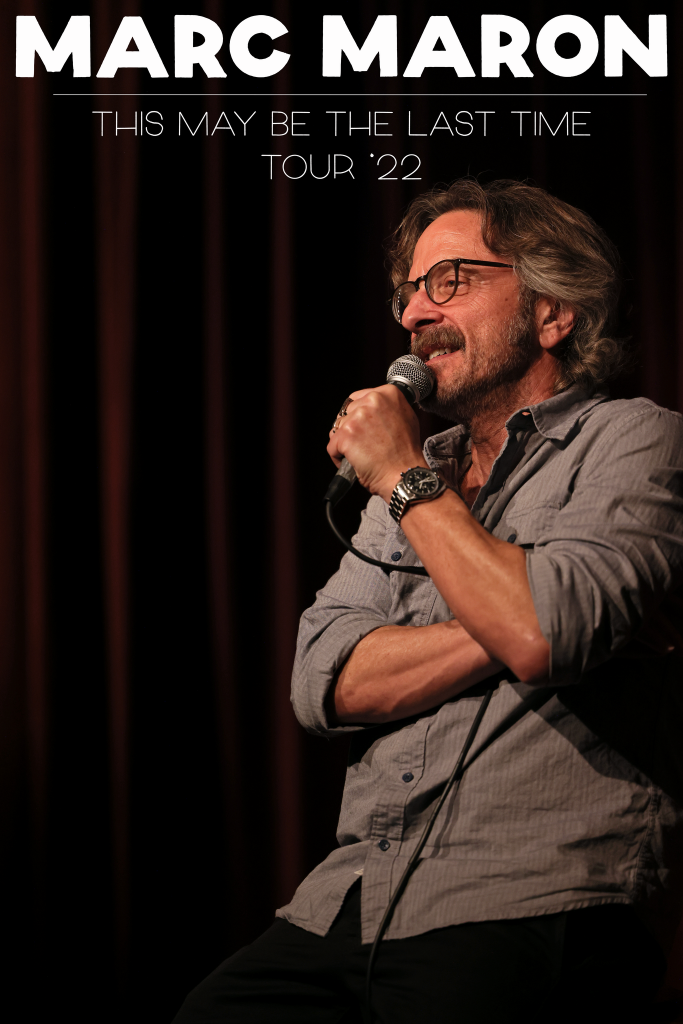 For over twenty years, Marc Maron has been writing and performing raw, honest and thought-provoking comedy. In September 2009, Marc changed the podcast landscape when he started WTF with Marc Maron, featuring Marc’s revelatory conversations with iconic personalities such as Conan O’Brien, Terry Gross, Robin Williams, Keith Richards, Ben Stiller, Lorne Michaels and President Barack Obama. It became a worldwide phenomenon, with more than six-million downloads each month and 250 million lifetime downloads within its first 6 years.
A legend in the stand-up community, Marc has appeared on many television talk shows, including David Letterman, Craig Ferguson, Jimmy Fallon, Jimmy Kimmel, Seth Meyers, Charlie Rose and Bill Maher. He has appeared on Conan O’Brien more than any other comedian.Marc currently stars in the Netflix original series GLOW. His portrayal of Sam Sylvia earned him both Critics’ Choice and SAG Award nominations in 2018. Marc’s critically acclaimed half-hour scripted series aired on IFC for four seasons. It was created, written, and produced by Marc, and the show was nominated for a WGA award in 2016. Marc has also guest-starred on the hit series Girls and Louie.
Marc is the author of two books: The Jerusalem Syndrome: My Life as a Reluctant Messiah, based on his solo show and is available for purchase on Amazon.com, and a collection of essays titled Attempting Normal, which was released by Spiegel and Grau in 2013.His first four albums, Not Sold Out, Tickets Still Available, Final Engagement and This Has To Be Funny are comedy classics. Marc released his stand-up special Thinky Pain on Netflix in 2013 and as an album in 2014.  His most recent special, More Later, premiered on Epix in December 2015 and is also available on Hulu and Amazon Prime.
+ Google Calendar+ iCal Export