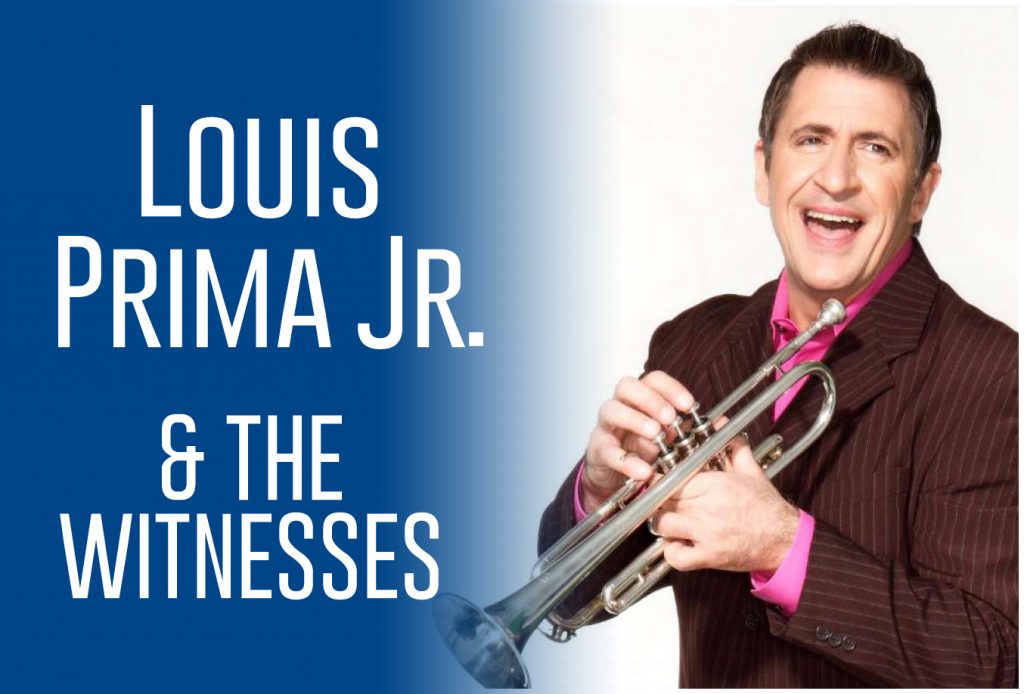 On sale Thursday July 27 at noon!

“Louis Jr’s show was outrageously fantastic. Incredible energy, exciting music – they should have a permanent spot on the Vegas strip.”  – Robin Leach

Born into an undeniable musical legacy, Louis Prima Jr. picks up the torch lit by his iconic father and leads his incarnation of The Witnesses headfirst into the future. Their seamless blend of hard driving big band jazz, insanely danceable swing and, at its core, real rock and roll has been wowing crowds worldwide for over a decade.

Make no mistake, this is no tribute act. Although the band most certainly Jumps, Jives, an’ Wails “Prima-style,” they are their own musical beast — thoroughly modern, laying down a blueprint for the future on the foundations of the past. Audiences will be treated to an evening of classics from the Louis Prima catalog, selections from LPJ & Co.’s two CDs (Return of the Wildest! and BLOW) and a healthy dose of sure-to-please surprises.

Equal parts bandleader and ringmaster, Prima Jr. brilliantly distills the finest elements of his father’s five-decade career through a contemporary filter, adding his own indelible stamp. “This is the happiest music on Earth!” he enthuses. “My father was rock n’ roll; Mozart was rock n’ roll. It’s a state of mind; I don’t think it’s a genre of music. It’s how aggressively do you play and do you play it like you mean it.” And The Witnesses mean it. From Passaic to Palermo and Seattle to Sicily, they’re bringing Prima music into the 21st century with new energy and attitude to match. It’s The Wildest Show this side of the ’60s!