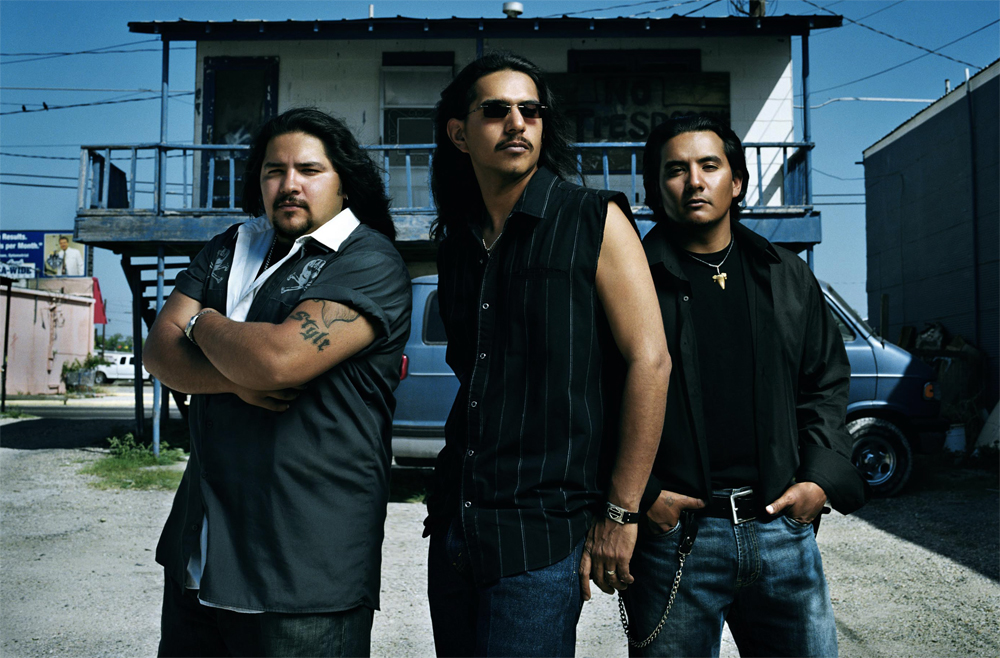 “We decided to call this album Revelation because we want to make music that reveals something to people about their lives and their world,” says Jojo Garza. He’s talking about the new release by Los Lonely Boys, the close-knit Texas trio that the bassist/vocalist shares with his brothers Henry (vocals, guitar) and Ringo (drums, vocals). “As musicians and artists, we’re here to connect with people, and to share our view of things.”

Revelation is a landmark release for the siblings. While maintaining the infectiously melodic mix of bluesy rock ’n’ roll and rootsy brown-eyed soul that’s long endeared Los Lonely Boys to its fiercely loyal fan base, Revelation adds an expansive range of new sonic elements, e.g. the conjunto touches of “Blame It On Love,” the reggae groove of “Give A Little More,” the rustic acoustic textures of “It’s Just My Heart Talkin’ and the baroque pop elements of “There’s Always Tomorrow.”

“We’re always trying to broaden our horizons and advance musically, and that’s something that we were very conscious of in making this record,” Jojo states. “We’re always looking for new ways to communicate and reach people, so we experimented with a lot of different sounds and production approaches.”

“We want to make music that brings people together, not music that divides people,” Jojo states. “We’re all about having a good time, but we also make an effort to write about things that really matter. A lot of people write songs about superficial things, like how you look and what kind of car you drive and how much money you have, but we’re not interested in that. We want to create music that’s about the love and the energy and the spirit that we all carry as people.”

“We’re very thankful that God blessed our family with a drummer, a guitar player and a bass player, and that the three of us get to make music together,” Jojo concludes. “There’s been a few bumps in the road here and there, but that happens in any family and in any band. The main thing is that we stick together, and that we’re trying to pass on that feeling of brotherhood, of familia, in the music that we make.”