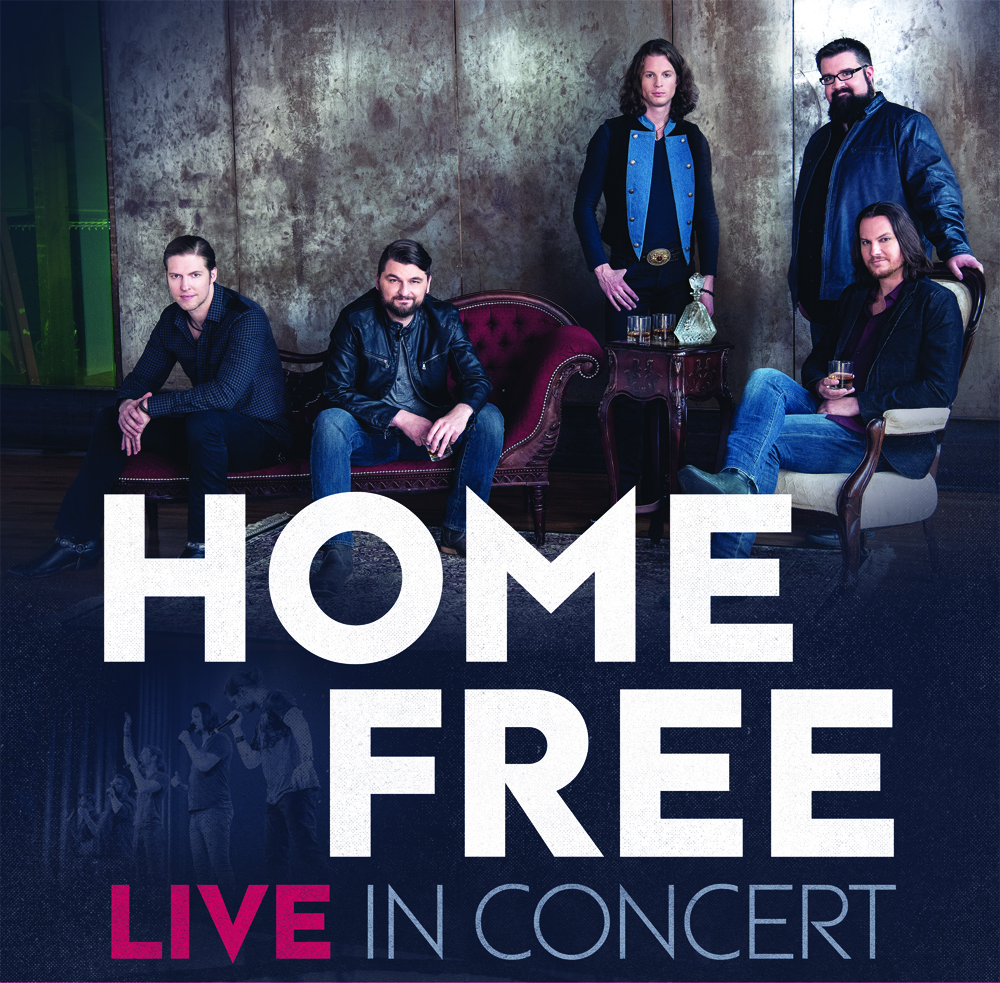 The all vocal country sensation Home Free is bringing Nashville country standards and country-dipped pop hits to town (and having a great time doing so). The 5-man band has become known for their show-stopping performances that mix their signature no-instrument, all-vocal music with their quick-witted humor.

Home Free has become a household name, amassing more than 150-million YouTube views, and entertaining more than 250,000 people live in concert since bursting on the national scene in 2013.
Their show will bring many surprises to be sure. As Home Free prepares a new record to be released Fall 2017, audiences can expect new music and new stylings, plus country hits like Maren Morris’ “My Church”, pop slams like Shakira’s “Try Everything”, and fan favorite classics like the calypso-infused arrangement of Johnny Cash’s “Ring Of Fire.”