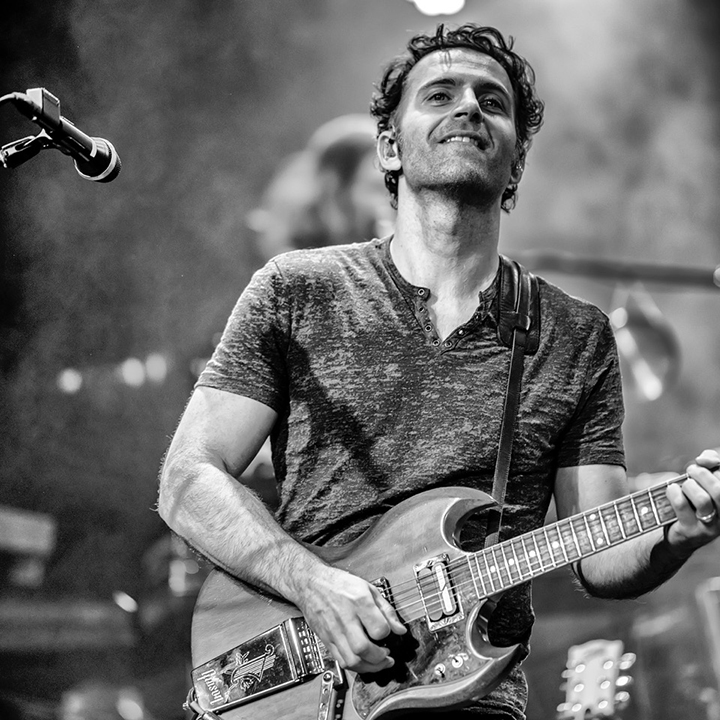 Dweezil Zappa was born on September 5, 1969 in Los Angeles the son of Frank and Gail Zappa.

It was inevitable that from the moment of his birth his life would be filled wall-to wall with music (his father having listed his religion as “musician” on Dweezil’s birth certificate). Dweezil’s early years were spent largely away from the spotlight—something of a rarity for the child of a celebrity, but perfect for cultivating a close relationship with his family.

Having watched his father perform concerts from the side of the stage since he was in diapers it was no surprise that he began to show an interest in music early on. At 6 years old he received his first guitar, a Fender Music Master from his dad.

He would occasionally make noises with the guitar by plugging it in to a little Pignose amplifier. It wasn’t until he was 12 that he began to show a serious interest in manipulating the instrument to make music.

Having primarily heard the music his father was working on or listening to at home while growing up, Dweezil soon found himself exposed to some new sounds on the radio. Besides his father’s music he began listening to the Beatles, Queen, AC/DC, Led Zeppelin, Black Sabbath, The Who and Jimi Hendrix. Like many aspiring guitarists of his generation, Dweezil’s ear was caught in a stranglehold by the trailblazing guitar styles of Edward Van Halen and Randy Rhoads.

To gain more fundamental knowledge of technique and scales Dweezil was fortunate to have some assistance from one of the musicians in his father’s band at that time, Steve Vai. Dweezil became remarkably proficient in a very short amount of time due to his intense practicing sessions.

Constantly learning and evolving his guitar art, Dweezil Zappa is both the modern face of Zappa music and the person who can bring it fully-formed into the future. Dweezil’s own music has been sidelined for nearly a decade but is currently experiencing a resurgence.

In 2016, Dweezil found himself in the midst of a conflict between 2 of his siblings which resulted in a name change for Dweezil’s touring project. The dispute, spanning 2 years, was frought with legal wranglings over trademarks until it was finally resolved in April of 2018. Dweezil stopped using the name Zappa Plays Zappa and now continues to make music and tour under his own name.

The current band lineup is Dweezil’s favorite so far. 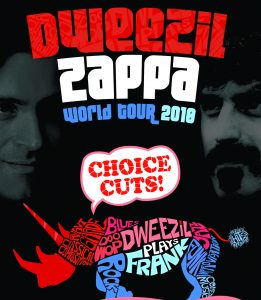