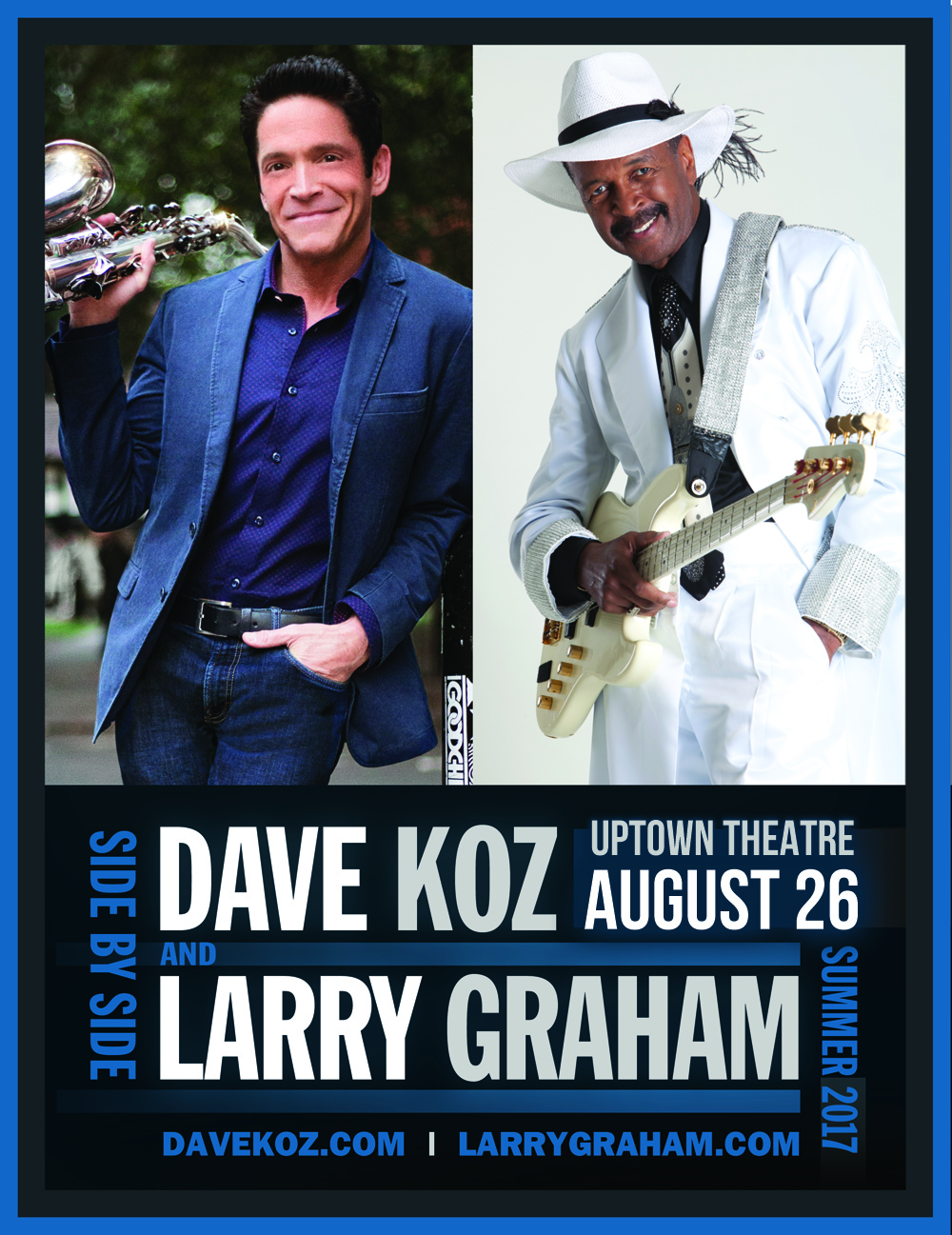 On sale Friday June 23 at noon!

In the 25 years since the release of his self-titled solo debut album, saxophonist Dave Koz has received nine GRAMMY nominations, had nine number one albums on Billboard’s Current Contemporary Jazz Albums chart, toured the world, and been honored with a star on the Hollywood Walk of Fame. In the course of his career, Koz has also played with such artists as Burt Bacharach, Ray Charles, Natalie Cole, Celine Dion, Shelby Lynne, Kenny Loggins, U2, and Michael McDonald. A platinum-selling artist, he is also known as a humanitarian, entrepreneur, radio host and instrumental music advocate.

Larry Graham is an American singer, musician, songwriter, and record producer who is best known as both the bass guitar player in the influential psychedelic soul/funk band, Sly & the Family Stone. He is credited with the invention of the slapping technique, which radically expanded the tonal palette of the bass, although he himself refers to the technique as ‘thumpin’ and pluckin.’ He is also the GRAMMY nominated founder and front man of Graham Central Station. Graham has worked with many legends such as Aretha Franklin and Prince.