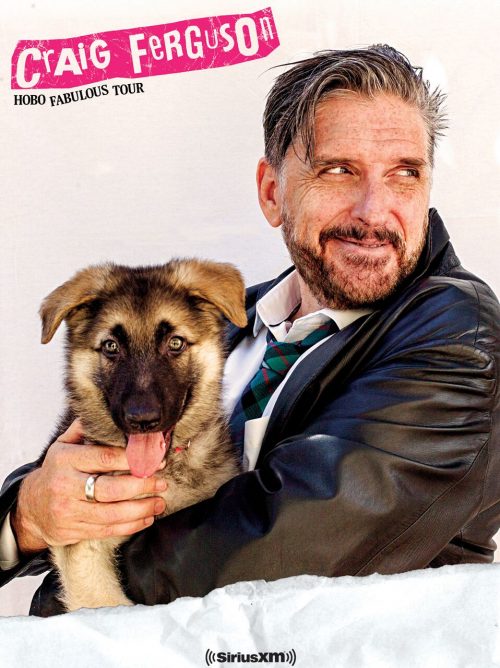 Ferguson is an actor, writer and comedian, who as the host of CBS’ “The Late Late Show with
Craig Ferguson” set all-time viewer records during his ten-year run as host, which earned him a
Primetime Emmy nomination and the 2009 Peabody Award for Excellence in Broadcasting for
his interview with Archbishop Desmond Tutu.

Ferguson was also the host of the syndicated game show, “Celebrity Name Game,” in which he was awarded the Daytime Emmy for Outstanding Game Show Host two years in a row. Ferguson is also an acclaimed standup comedian who has earned two Grammy nominations for Best Comedy Album on behalf of his original standup recordings, “Craig Ferguson: Just Being Honest” and “I’m Here to Help.”

He has performed to sold out theaters all over the country, including New York City’s Carnegie Hall
and Radio City Music Hall. He also received a Grammy nomination for Best Spoken Word on
behalf of his New York Times bestselling memoirAmerican On Purpose. This summer,
Ferguson is filming the movie “Love Me To Death” in his native Scotland alongside Kathie Lee
Gifford, who wrote the film. Ferguson recently concluded his wildly popular daily SiriusXM
program “The Craig Ferguson Show.”