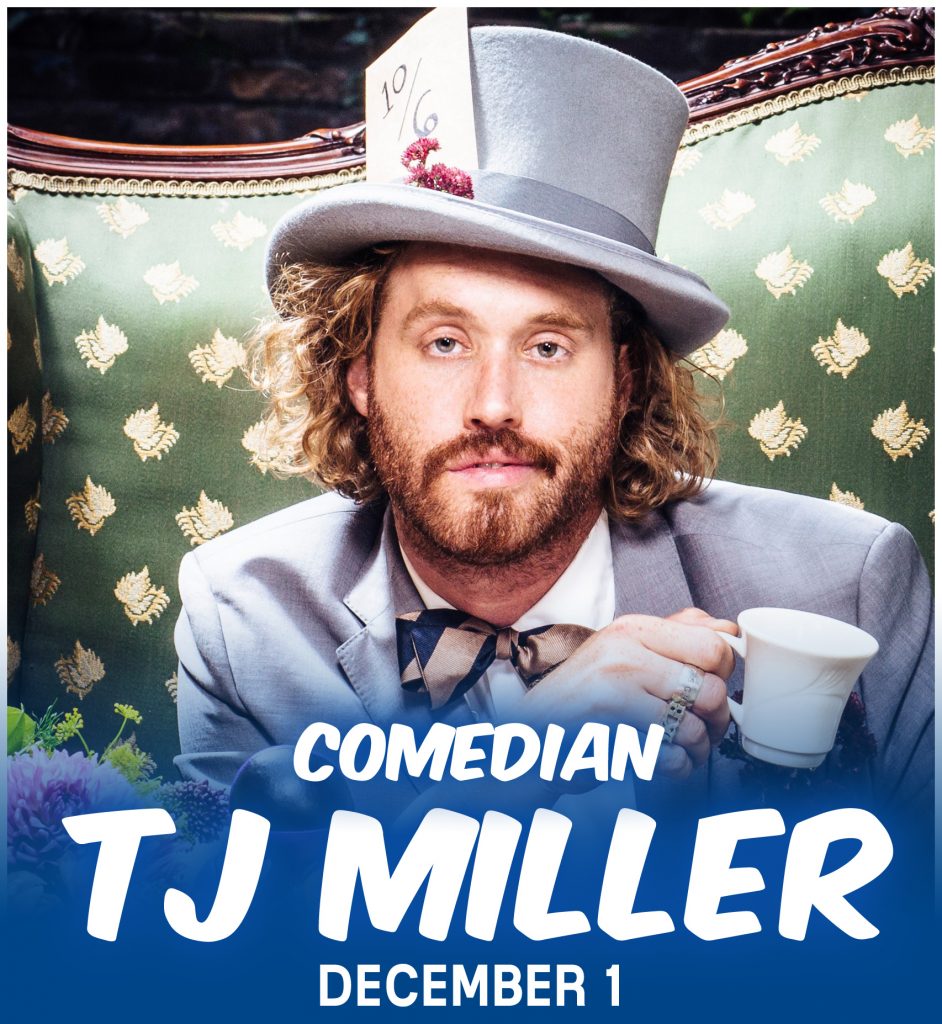 T.J. Miller is one of the most sought after comedians in the comedy world. He was named one of Variety’s “Top 10 Comics to Watch,” and EW’s “Next Big Things in Comedy.” His newest special, Meticulously Ridiculous, was released by HBO in 2017.

You may recognize him from his roles in FOX’s big screen adaptation of Deadpool and Transformers 4, as well as, the HBO comedy series Silicon Valley, for which T.J. received the Critics’ Choice Award.

T.J. is a nationally touring stand-up artist, crisscrossing the country and he has a podcast Cashing in with T.J. Miller on nerdist.com. He has been performing his absurdist observational stand-up act for over 10 years. His hour-long Comedy Central stand-up special T.J. Miller: No Real Reason is available now.

He hosted Comedy Central’s Mash-Up, a mash-up of stand-up, sketches and visualizations, and has appeared on Chelsea Lately more than most women his height. Miller has been in a number of major studio films including Cloverfield, She’s Out of My League, Unstoppable, and Get Him to the Greek. Miller also voiced the character Tuffnut in the Oscar-nominated animated film How to Train Your Dragon. Upcoming films include Office Christmas Party, opposite Jason Bateman and Jennifer Aniston, and Ready Player One, directed by Steven Spielberg.