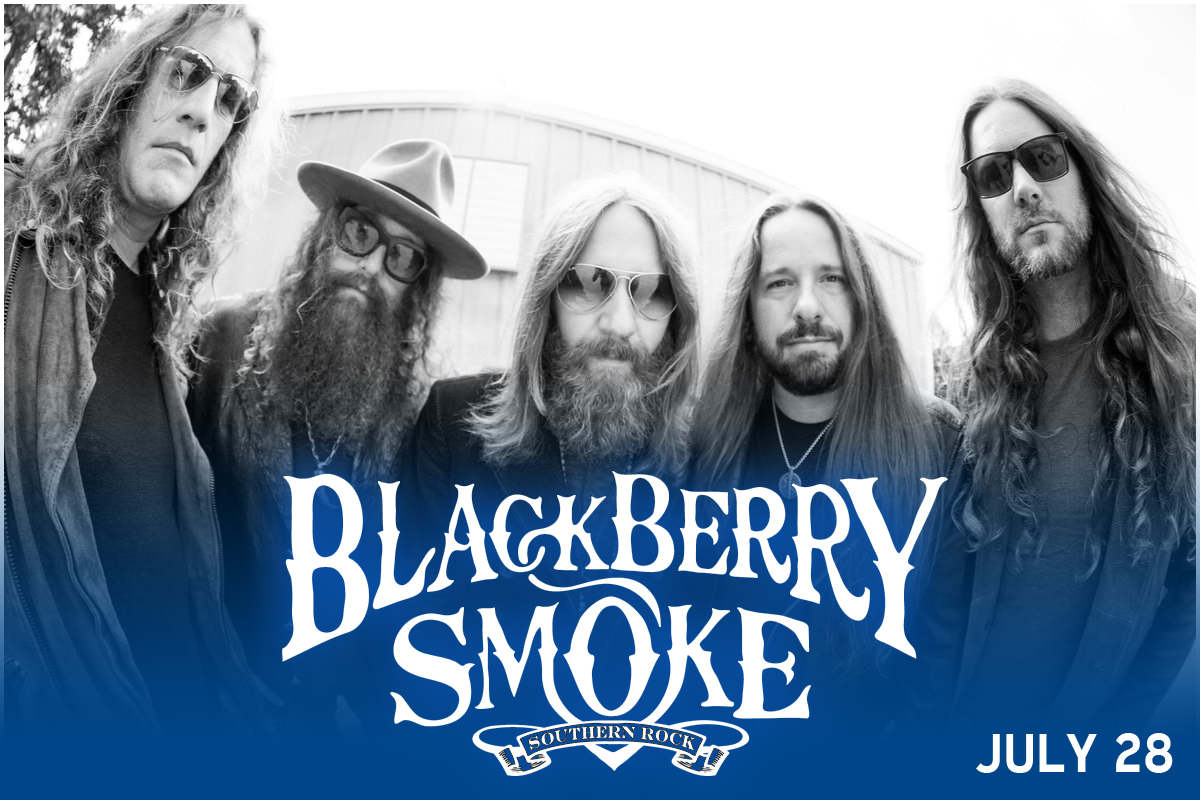 “That band is gonna put Southern Rock back on the map.” -Gregg Allman

“G’Damnit, that’s what country music should sound like!” -George Jones

Blackberry Smoke has evolved from rough-edged club act to arena-ready rock ‘n’ roll juggernauts, while steadily extending and expanding the Southern rock tradition. Since the group’s formation in 2000, the band has never shied away from hard work, playing more than 250 shows a year and building an ever-expanding audience on the strength of its live shows. In addition to winning fans and friends throughout the United States, they’ve toured Europe multiple times and performed for the first time ever in Australia in 2016 to sold-out crowds. Along the way, Blackberry Smoke has found time to record a handful of independent releases, including the albums Bad Luck Ain’t No Crime, Little Piece of Dixie and The Whippoorwill, plus a pair of EPs, the concert DVD “Live at the Georgia Theatre,” the live CD/DVD set Leave A Scar and their latest project Holding All the Roses, the first album the band feels properly captured their musical essence. Additionally, the band has had songs featured in movie and video game soundtracks, including EA Sports’ Madden NFL 16, performed on The Tonight Show with Jay Leno and Conan and toured with and befriended idols such as The Marshall Tucker Band, ZZ Top, Lynyrd Skynyrd and George Jones. For more info on Blackberry Smoke, visit blackberrysmoke.com, like them on Facebook and follow them on Twitter and Instagram @blackberrysmoke.