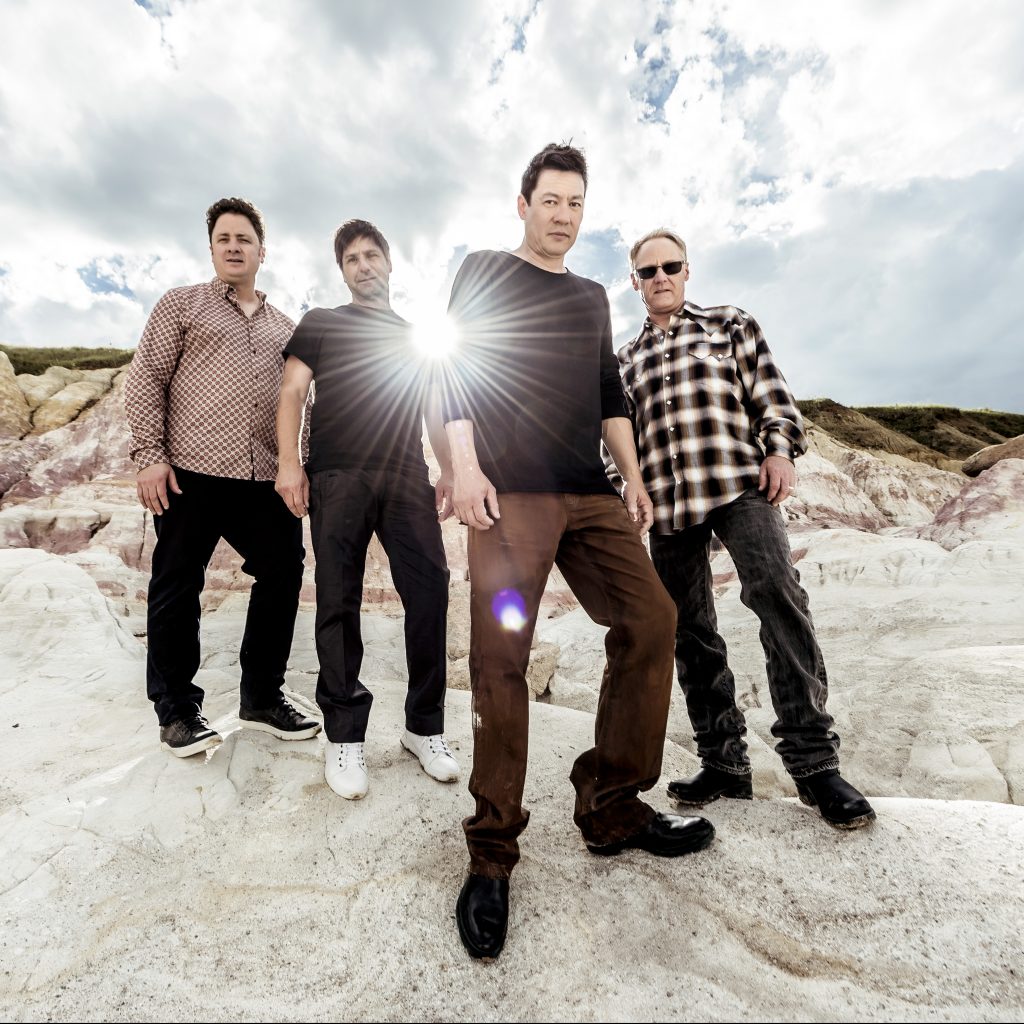 Big Head Todd and the Monsters are not that big on anniversaries, so there won’t be any big hoopla over the fact that the band is officially crossing the three-decade mark this year. Thirty years would seem like something to commemorate, especially with the same core lineup, an achievement few other name-brand bands can boast of. Yet right now they’re less about celebrating stability than volatility, in the form of their eleventh studio album, New World Arisin’, which makes good on its forward-facing title with what might be the brashest rock and roll of their career. The old world can’t rest on any laurels, and neither will they.

“We’re in a real exciting part of our career right now,” says co-founder Todd Park Mohr.  “We’re a viable band with a great audience and we’re able to work at a very high level. It’s a career that’s getting more and more interesting, rather than less, which is remarkable,” he says, chuckling at the unlikelihood of anyone being this cheerfully all-in, this far in. “I mean, 30 years into it, I really feel like: Wow, this is getting fun. I’m learning more about music and about my instrument, and it’s just really engaging in every way. We also dovetail well with the times, I think; I feel like we have something to say.”

While they enjoy a robust fan base around the country, their success is outsized in Colorado, where they’re practically the unofficial state band. That’s evident in their ability to sell out Red Rocks, the most revered amphitheater in the nation, where they’ve headlined 19 times. It also comes into play when the band gets asked to be a part of commemorative moments: Mohr recently sang the national anthem at a Rockies game, and the entire band took part in the parade through Denver after the Broncos took the Super Bowl.

Their honors extend beyond their home state and even home country… into space. In 2005, they released the single “Blue Sky,” a tribute to the space program, written at the behest of crew members taking to the heavens aboard the space shuttle Discovery; it was performed years later as a live wake-up call to the astronauts on the shuttle. The song had enough appeal back on earth, too, that it was picked up by the Hillary Clinton campaign in 2008 and used to introduce her keynote speech to the Democratic convention.

That campaign usage didn’t come about as a result of any desire on Mohr’s part to take the band in a political direction. He’s not so interested in getting Big Head Todd and the Monsters caught up in that particular fray as looking at the smaller and bigger pictures, wanting to keep the material topical in some far deeper fashion.

“Our audience is America, and I’m guessing it breaks down to the same percentages the country itself has,” he says. “We’ve never gotten in the business of polarizing people politically. But at the same time, as artists, it’s our job to observe and to hopefully find some insight. I’ve always been interested in the human condition more than politics. Politics are a part of it, but I always look at conflict as personal before it’s political. And I would consider conflict my dominant lyrical theme now— how people are trapped in it, and how conflict relates to intimacy and pleasure.” A Big Head Todd show, in any case, is a place where those conflicts might resolve, or dissolve. “In talking about our apolitical-ness, I think unity is an important thing,” Mohr says. “Being a human being, you have a lot in common with other human beings, and why not maximize those things? Music has an incredible capacity to convey other cultures and times, and to create a lot of empathy and togetherness. There’s harmony in it, and it implies oneness — the root.”