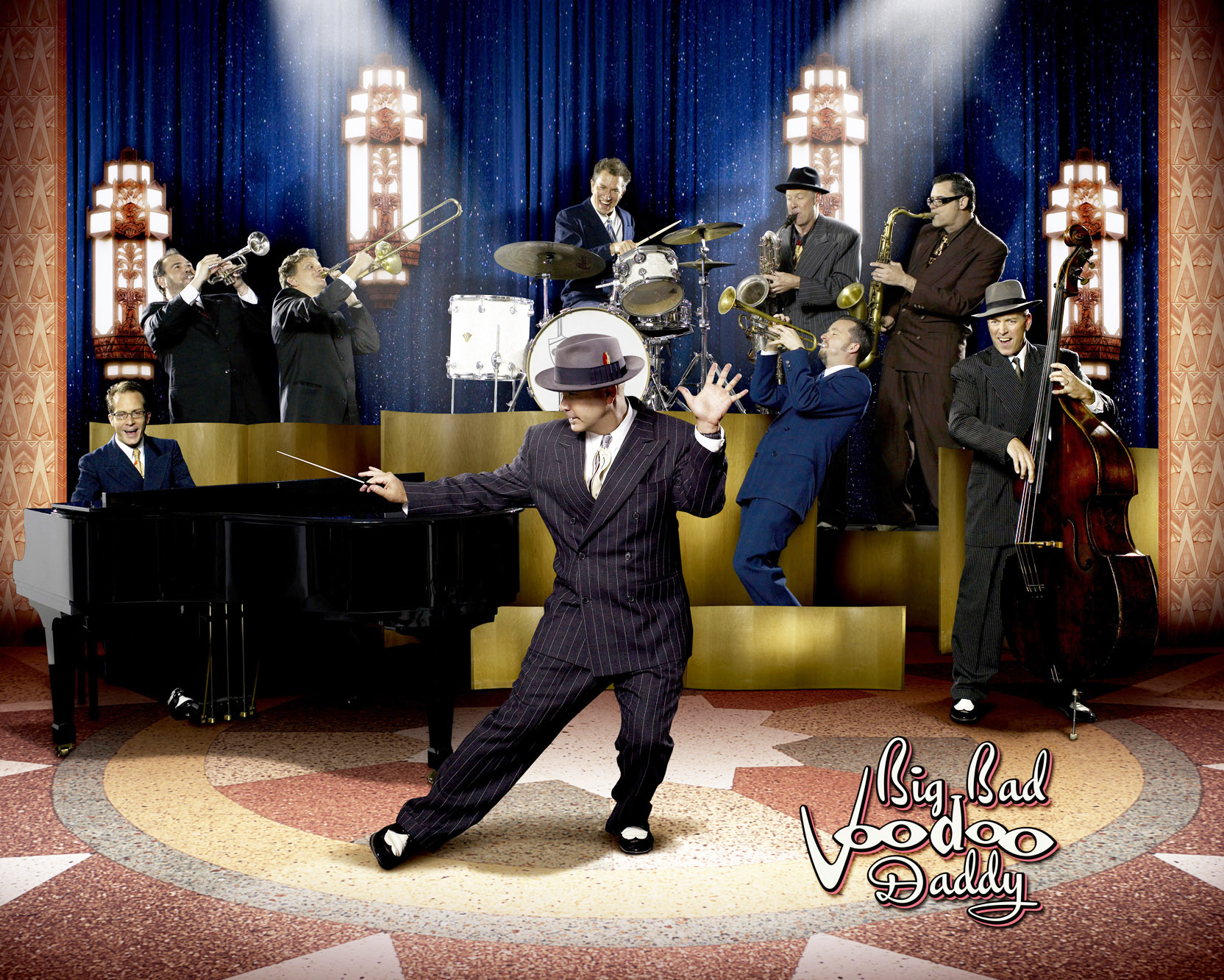 REVISED!  Opening for Big Bad Voodoo Daddy will be 3 On A Match

Together for over 23 years, Big Bad Voodoo Daddy — famously named after an autograph by blues legend Albert Collins — has appeared in concert venues across the world, sold millions of records, and had their music appear in hundreds of movies and television shows. With sold out concerts from the Hollywood Bowl to Lincoln Center, appearances with many of the country’s finest symphony orchestras, and television appearances ranging from Dancing with the Stars to Superbowl XXXIII, Big Bad Voodoo Daddy continues it’s decades long mission to celebrate and revitalize jazz and swing music — America’s original musical art form — and bring joy to audiences around the world.

2016 marks the 23rd anniversary of Big Bad Voodoo Daddy’s remarkable arrival onto the music scene. Since its formation in the early nineties in Ventura, California, the band has toured virtually nonstop, performing on average over 150 shows a year, and has produced a sizable catalog of recorded music, with sales of over 2 million albums to date. Early on, during their legendary residency at the Derby nightclub in Los Angeles, they reminded the world, in the midst of the grunge era no less, that it was still cool to swing. The band, cofounded by singer Scotty Morris and drummer Kurt Sodergren, was at the forefront of the swing revival of that time, blending a vibrant fusion of the classic American sounds of jazz, swing, and dixieland, with the energy and spirit of contemporary culture.

After 23 years, 10 records, over 2700 live shows, and countless appearances in film and television, Big Bad Voodoo Daddy is showing no signs of slowing down.