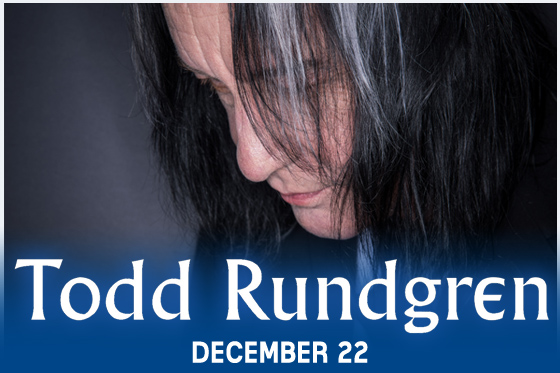 VIP meet-and-greet and merchandise packages are available through Ticketmaster.com!

A Wizard, A True Star: The title of Todd Rundgren’s 1973 solo album aptly sums up the contributions of this multi-faceted artist to state-of-the-art music. As a songwriter, video pioneer, producer, recording artist, conceptualist, and interactive artist, Rundgren has made a lasting impact on both the form and content of popular music. His myriad production projects include albums by Patti Smith, Cheap Trick, Psychedelic Furs, and XTC.

Rundgren began playing guitar as a teenager, going on to found and front The Nazz, the quintessential `60’s cult group. In 1969, he left the band to pursue a solo career; it was 1972’s seminal Something/Anything?, on which he played all the instruments, sang all the vocal parts, and acted as his own producer, that catapulted Todd into the superstar limelight, prompting the press to dub him ‘Rock’s New Wunderkind’. It was followed by such landmark LPs as The Hermit of Mink Hollow and A Wizard, A True Star, as well as such hit singles as I Saw The Light, Hello It’s Me, and Bang The Drum. His newest album, White Knight, was released in 2017.