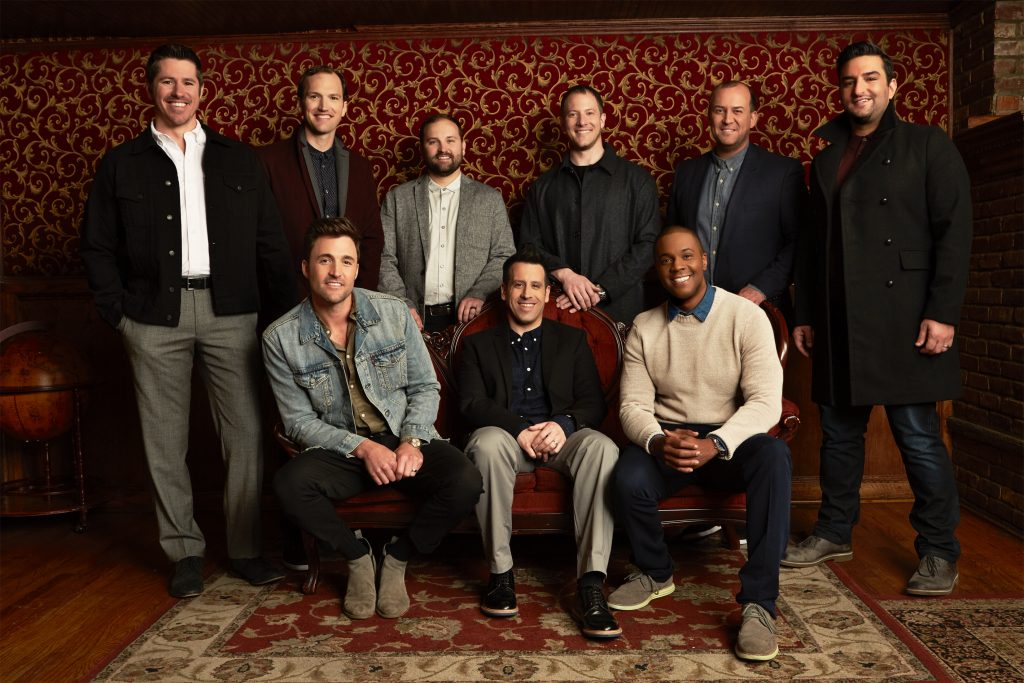 AN EVENING WITH STRAIGHT NO CHASER

If the phrase “male a cappella group” conjures up an image of students in blue blazers, ties, and khakis singing traditional college songs on ivied campuses… think again. Straight No Chaser (SNC) are neither strait-laced nor straight-faced, but neither are they vaudeville-style kitsch. As original member Randy Stine comments, “We take the music very seriously; we just don’t take ourselves too seriously.” In the process, they are reinventing the idea of a cappella on the modern pop landscape.

Originally formed over a dozen years ago while students together at Indiana University, the group has reassembled and reemerged as a phenomenon – with a massive fanbase, more than 20 million views on YouTube and numerous national TV appearances. In an era when so much pop music is the product of digital processing and vocal pro-tooling, Straight No Chaser is the real deal – the captivating sound of ten unadulterated human voices coming together to make extraordinary music that is moving people in a fundamental sense… and with a sense of humor.

On the road, Straight No Chaser has built a reputation as an unforgettable live act. By the end of 2010, the group will have sold more than 225,000 tickets to 160 shows, more than half of which sold out in advance. Over the summer, the group held a hugely successful residency at Harrah’s Resort Atlantic City, where they performed 40 shows in 8 weeks.

Even after all the success, the members of Straight No Chaser don’t take anything for granted: “To think that the ten of us could go our separate ways after college, start professional lives, and then commit to putting SNC back together after all these years is nothing short of a minor miracle,” said original member Charlie Mechling. “With each opportunity to perform that comes our way, we are reminded of how fortunate and blessed we are to be able to do what we love to do.”