An Evening With Randy Newman 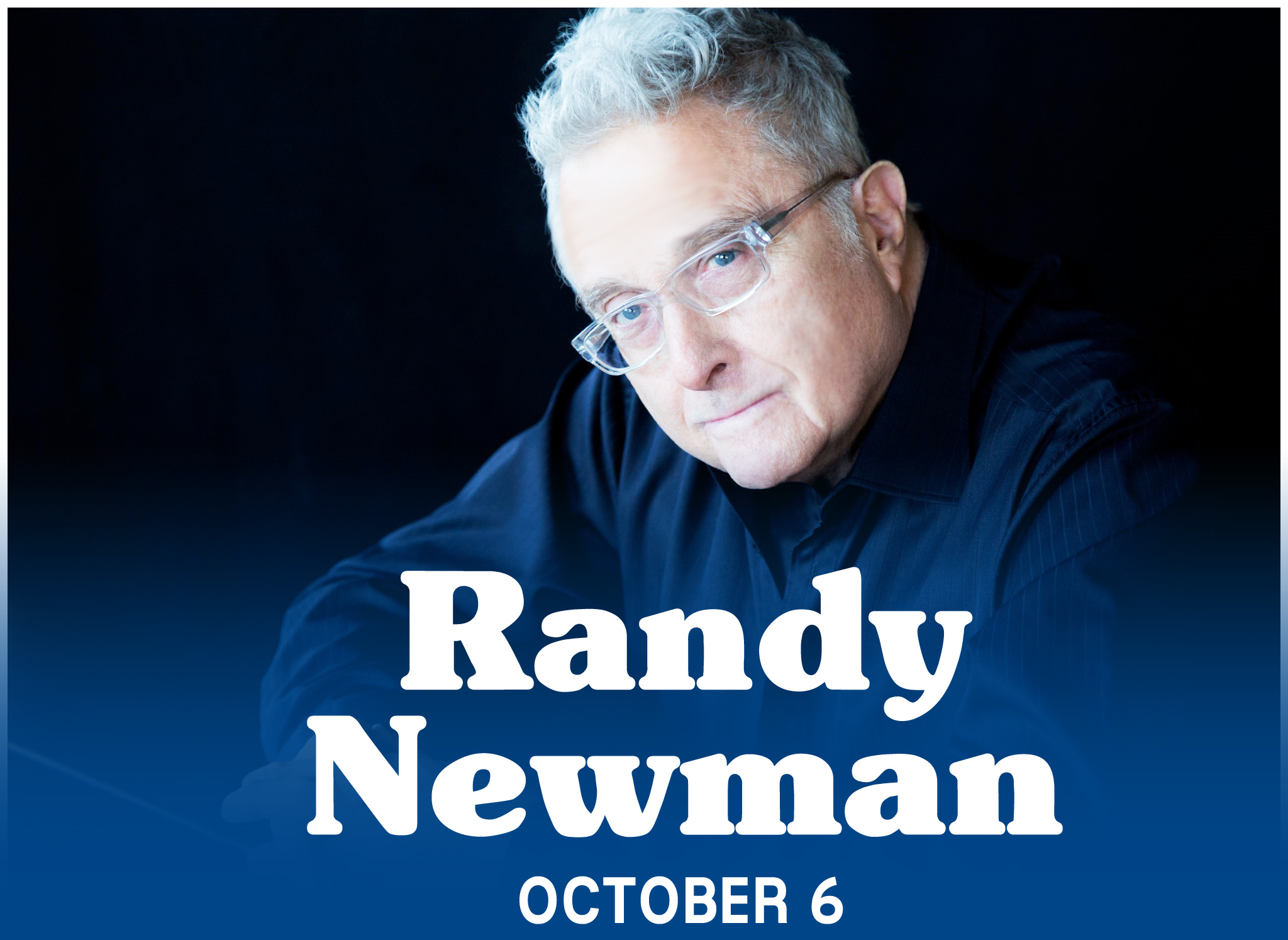 On sale Friday June 30 at noon!

With songs that run the gamut from heartbreaking to satirical and a host of unforgettable film scores, Randy Newman has used his many talents to create musical masterpieces widely recognized by generations of audiences.

After starting his songwriting career as a teenager, Newman launched into recording as a singer and pianist in 1968 with his self-titled album Randy Newman. Throughout the 1970s he released several other acclaimed albums such as: 12 Songs, Sail Away, and Good Old Boys. In addition to his solo recordings and regular international touring, Newman began composing and scoring for films in the 1980s. The list of movies he has worked on since then includes The Natural, Awakenings, Ragtime, all three Toy Story pictures, Seabiscuit, James and the Giant Peach, A Bug’s Life, and most recently, Disney/Pixar’s Monsters University, the prequel to Monsters Inc. (which he also scored).

The highly praised 2008 Harps and Angels was Newman’s first album of new material since 1999. The Austin Chronicle wrote “the characters are memorable, the satire sharp, the music luxurious, and the arrangements maybe the most gorgeous in all pop music.”

The Randy Newman Songbook Vol. 2, which is the second in a series of new solo piano/vocal recordings of his songs spanning his five-decades, was released in 2011. Time Out New York said of the series, which will receive a third volume soon, “The Songbook records strip away the orchestrations of his regular albums, leaving Newman alone at the piano, singing…three-minute masterpieces from throughout a half-century career.”

That same year, Nonesuch Records released a live CD and DVD recorded at London’s intimate LSO St. Luke’s, an 18th-century Anglican church that has been restored by the London Symphony Orchestra, where he was accompanied by the BBC Concert Orchestra, conducted by Robert Ziegler. The 22-song set features some of his best-known songs like “Short People,” “Louisiana 1927,” and “I Think It’s Going to Rain Today,” as well as newer songs such as “A Few Words in Defense of Our Country” and “Laugh and Be Happy.”

Randy Newman’s many honors include six Grammys, three Emmys, and two Academy Awards, as well as a star on the Hollywood Walk of Fame. He was inducted into the Songwriters Hall of Fame in 2002 and the Rock and Roll Hall of Fame in 2013—the same year he was given an Ivor Novello PRS for Music Special International Award. Mostly recently, Newman as presented with a PEN New England Song Lyrics of Literary Excellence Award in June 2014.