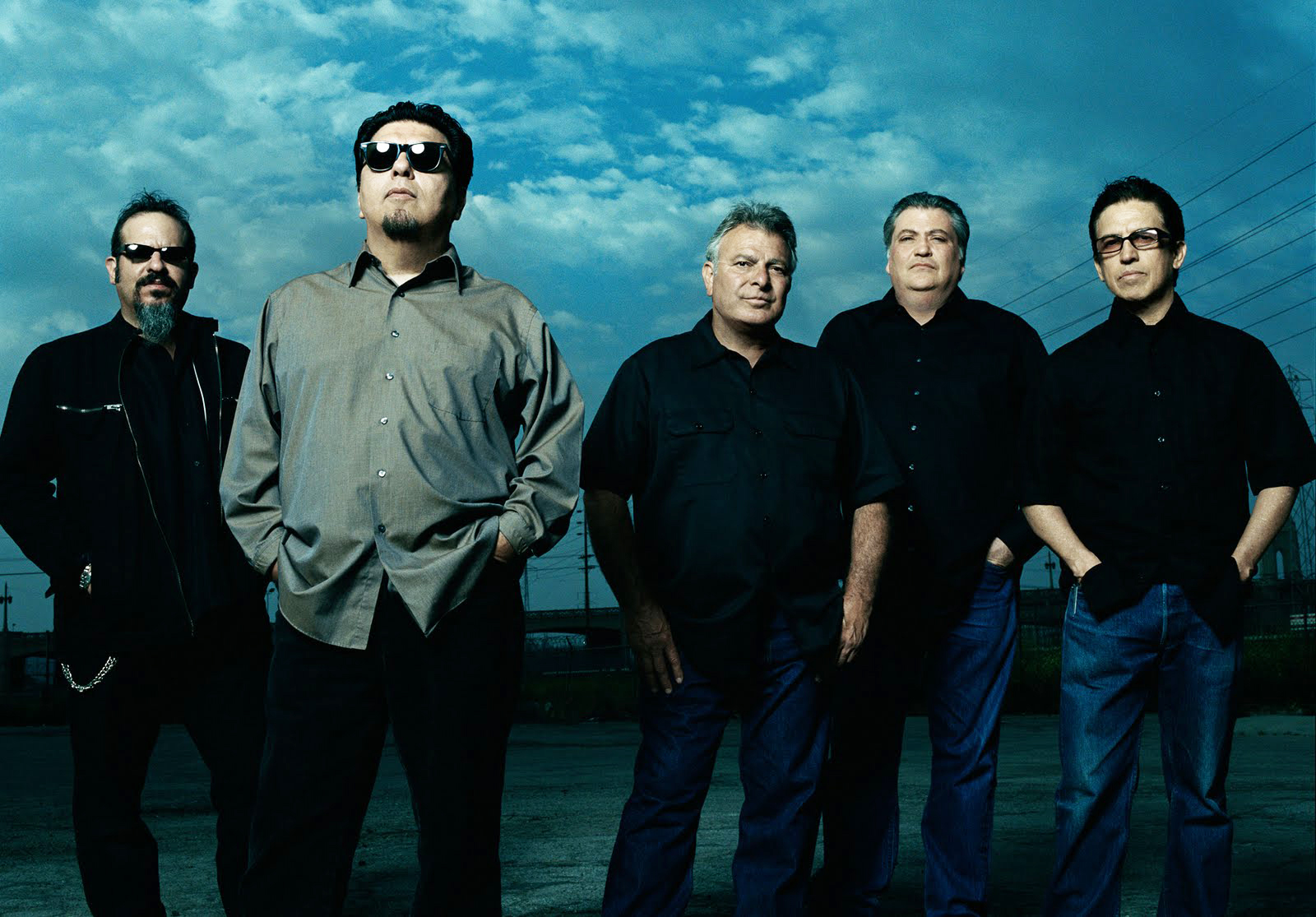 Opening for Los Lobos will be Jonah Smith: Website * Video

Back in 2003, Rolling Stone summed up Los Lobos and their freewheeling fusion of rock, blues, soul and Mexican folk music: “This is what happens when five guys create a magical sound, then stick together…to see how far it can take them.” After three decades, two more GRAMMYs, the global success of “La Bamba,” and thousands of rollicking performances across the globe, Los Lobos is surviving quite well — and still jamming with the same raw intensity as they had when they began in 1973.

After celebrating their 40th anniversary with the cleverly titled 2013 live album Disconnected In New York City, the hard working, constantly touring Los Lobos – David Hidalgo, Louie Perez, Cesar Rosas, Conrad Lozano and Steve Berlin – leaps headfirst into their fifth decade with an invitation to join them as they open fresh and exciting new Gates of Gold, their first full length studio album since 2010’s Tin Can Trust (a GRAMMY nominee for Best Americana Album) and second with Savoy/429 Records.

The dynamic songwriting, deeply poetic lyrics, thoughtful romantic and spiritual themes and eclectic blend of styles on the 11 track collection has resulted in an American saga in the rich literary tradition of legendary authors John Steinbeck and William Faulkner. Yet true to form, these typically humble musical wolves started in on the project without any grand vision or musical roadmap. Over 30 years after Los Lobos’ major label breakthrough How Will The Wolf Survive? – their 1984 album that ranks #30 on Rolling Stone’s list of the 100 greatest albums of the 1980s – their main challenge when they get off the road and head back into the studio is, as Berlin says, “trying not to do stuff we’ve already done. To a certain extent, we are always drawing from the same multi-faceted paint box, and we sound like what we sound like. We’re proud of what we feel is an honest body of work. We just want to keep finding new ways to say things.”

In the band’s early recording days – those years just before and after “La Bamba,” their worldwide crossover hit from the 1987 film which reached #1 on the U.S. and UK singles chart – they prepared for album recording sessions with top producers like T-Bone Burnett with preproduction that included multiple rehearsals and “outlining” what the project was going to be. The more spontaneous approach to writing and recording that they took on their 1992 Mitchell Froom co-produced set Kiko still exists today; Rosas says, “When I listen to our catalog, doing things more spontaneously in the studio has led to some of our best work.” Unlike many bands that write, gather and catalog material between studio releases, Los Lobos prefers to create their magic on the fly when they decide it’s time to record. Perez says, “We never come in with a cache of 20 songs. Our thing is to write as we’re recording. It’s like starting with a blank canvas every time.”

Back in 2003, when Los Lobos was celebrating the 30th Anniversary of their humble beginnings as a garage band in East L.A., Rolling Stone summed up their distinctive, diverse, freewheeling fusion of rock, blues, soul and Mexican folk music: “This is what happens when five guys create a magical sound, then stick together…to see how far it can take them.”

Perez, once called their powerhouse mix of rock, Tex-Mex, country, folk, R&B, blues and traditional Spanish and Mexican music “the soundtrack of the barrio.” Three decades, two more GRAMMYs, the global success of “La Bamba” and thousands of rollicking performances across the globe later, Los Lobos is surviving quite well — and still jamming with the same raw intensity as they had when they began in that garage in 1973.

Nestled in Napa’s West End district, this stunningly restored art-deco masterpiece from 1937 showcases only the finest acts in music and comedy. A historic landmark, the Uptown offers a phenomenal, intimate live music experience with world class sound and site lines. Distance from the last row to the stage is only 98 feet making every seat truly a great seat!

The Uptown has played host to some of the biggest names in blues, rock, jazz, folk, country, and comedy, and is a must-see destination for anyone visiting Downtown Napa or looking for things to do in the Napa Valley!

With Jonah Smith
Ages
12+ (under 16 with adult)
Buy Tickets