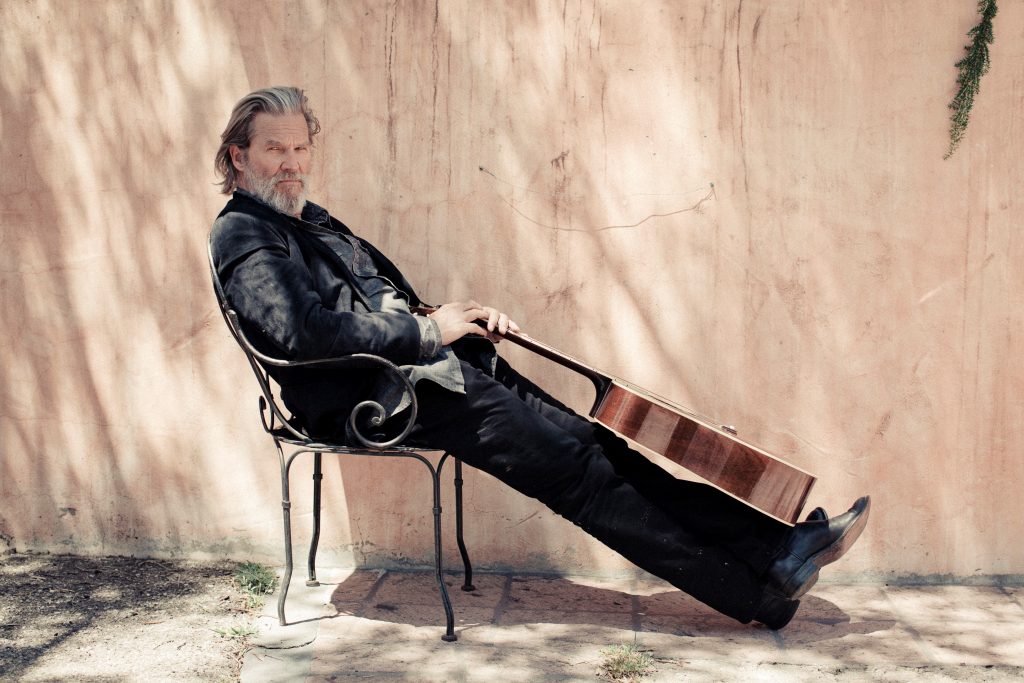 “This album is a natural extension of the love of music I’ve had all my life,” says Jeff Bridges. And, in fact, “natural” is as good a word as any to describe the feeling of Bridges’ self-titled major label debut. Featuring a roster of magnificent songwriters and musicians, and produced by Bridges’ friend of three decades, Grammy-award winner T Bone Burnett, the ten-song disc is soulful and heartfelt. It may mark a switch from the six-time Oscar nominee’s usual day job, but the performances on Jeff Bridges consistently feel both comfortable and true.

The album is a logical follow-up to Bridges’ Academy Award-winning portrayal of  grizzled former country music legend Bad Blake in the 2009 film Crazy Heart. “I actually passed on the movie at first because it had no music in it,” says Bridges, “but when I found out that T Bone was interested, I was like, ‘Let’s do this thing.’

Bridges’ involvement in music goes back a lot longer, and far deeper, than just this one film. “I’ve been into music ever since I was a kid,” he says. “My mother forced me to take piano lessons, maybe when I was around 8—I got as far as ‘Fur Elise’ and I bailed, and I’ve regretted it ever since.” But then he discovered his brother Beau’s Danelectro guitar, and starting in high school, joined up with his grade-school buddy Goodwin and a group of other friends for a Wednesday night jam session—which they continued, every week, for the next fifteen years.

As he made more films, and became one of the most prominent and respected actors of his time, Bridges found that music was often a key element in his projects. “Different assignments would come up and turn me on to different types of music,” he says. “The Fabulous Baker Boys was all about getting steeped in jazz, learning about this Bill Evans style of piano playing.

“On movie sets, so many actors also play music. A great example of that was Heaven’s Gate—Kris Kristofferson brought along many of his musician friends, like Ronnie Hawkins, Stephen Bruton and T Bone, and our down time was all spent making music. That movie was really the birth of the music that came out in Crazy Heart.”

That 1980 film marked the beginning of a long-time relationship between Bridges and Burnett. Burnett selected the songs for the soundtrack to the incomparable 1998 film The Big Lebowski. After they reunited for Crazy Heart, Bridges approached Burnett about making a record together. “Jeff is an honest-to-God artist,” says Burnett. “And he’s also a most readily-directed person—if you say something, he absorbs it and takes it in.”

Perhaps the most notable element of Jeff Bridges, though, is the extraordinary songwriting. Writers like Greg Brown and the late Stephen Bruton may not be household names, but they are true musicians’ musicians. Their contributions, next to four songs that Bridges wrote or co-wrote, add up to a unified voice for the album—simple but philosophical, concise but profound.

Bridges is especially pleased by the inclusion of several compositions by John Goodwin, his friend since fourth grade. “It was really joyful to have my dear friend there when we were recording,” he says, “and to realize some of these songs of his—like ‘Everything But Love’ or ‘The Quest’—that I’ve been playing for years.”

After finishing work on this album, Jeff Bridges concludes that there are strong connections between his two passions of acting and music-making. “There are more similarities than differences,” he says. “They’re both very collaborative, you’re working with different artists, but there are also solo aspects in the writing and the practicing. You prepare, and then you let go and give it up.” 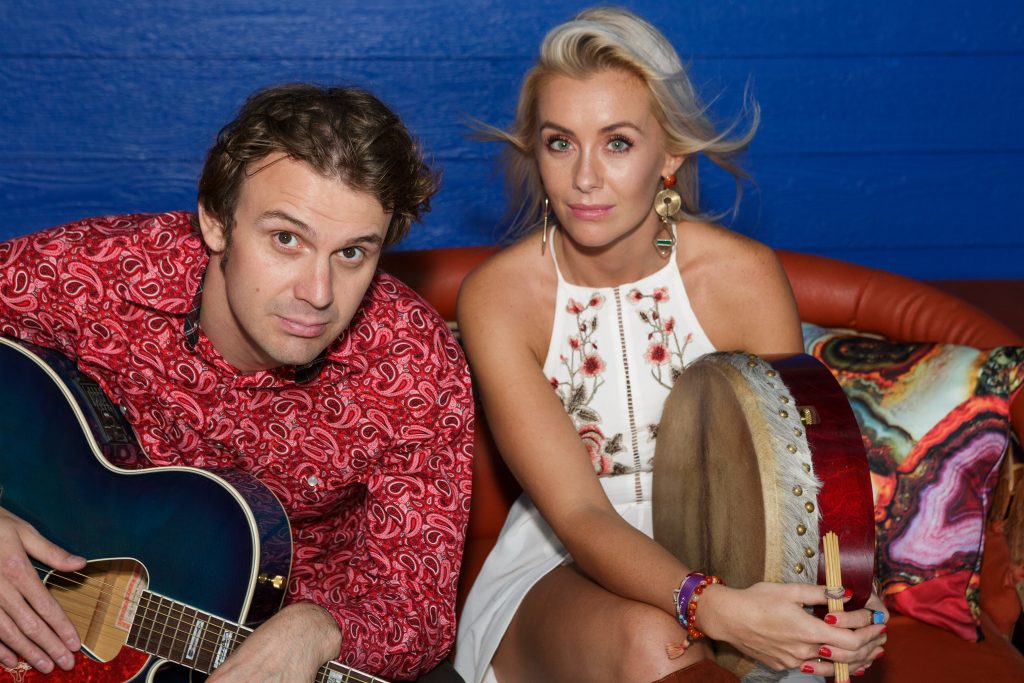 If you listen to the music of Beat Root Revival, you are going to hear a lot of different sounds. According to the duo’s Ben Jones, that isn’t just a coincidence. “That’s really the kind of feel that we were going for. The reason we came up with our name was because of our style. The majority of our influences were very much roots based.

Andrea comes from Ireland, and plays traditional instruments but uses them in a very universal fashion, creating a folk pop sound. We tried to blend all of the influences that both of us had in our style.” The “Andrea” that Jones is referring to is his partner in the duo, Andrea Magee. She says that the two have been the perfect vocal fit for each other – as their passion for music is equally strong.

“Ben began to get involved in the local music scene in Kent and he was already working the music circuit, playing live shows,” said Magee, who ended up opening up a show for Jones’s band. From that point, the musical chemistry was obvious. “We wound up sharing each other’s’ songs, and we were both fascinated by the fact that we were both pushing our own material. And we used this to drive each other forward.”

After word of mouth concerning their performances began to spread in their native United Kingdom, Ben and Andrea decided do take a chance and see what musical adventures they could find in America. Andrea admitted that the trip was everything she thought it would be.  “What we were really taken by on a personal level was how welcoming and hospitable everyone was here, especially people in Austin, New Orleans, and Nashville. They really seemed to open their doors to us on a personal family level and treated us as a member of their community.

The group continues that relentless search for authenticity in their sound – a drive that informs their creative approach. With each show they perform, the fan base continues to build – charming audiences from Europe to the U.S. with their impassioned concerts.