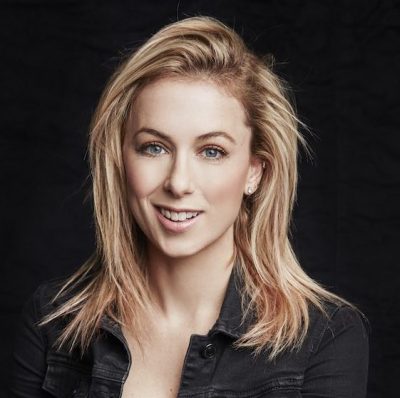 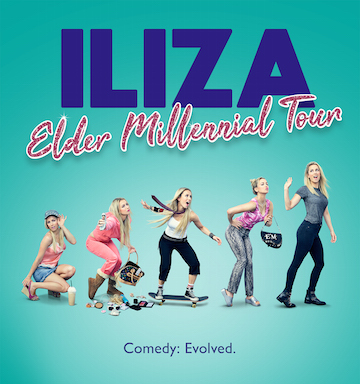 Iliza is one of today’s leading comedians with a fan base who show their loyalty by creating their
own Iliza inspired swag to wear to her shows. Iliza recently premiered Elder Millennial, her
fourth Netflix stand up special for the streaming service. The campaign featured her styled in
classic looks from the late 90s/early 00s. Her past specials War Paint, Freezing Hot and
Confirmed Kills has made her as one of the top comedians working today.

In addition to her stand up, Iliza co-stars in the upcoming Paramount Pictures movie “Instant
Family,” starring Mark Wahlberg and Rose Byrne which will be released November 16, 2018.
She’s currently filming Netflix’s “Wonderland” for director Peter Berg, which also stars
Wahlberg, and she is developing the TV series “Halfway There” for ABC Studios and CBS.
She recently released her first book Girl Logic: The Genius and the Absurdity (Hachette Book
Group) a subversively funny collection of essays and observations on a confident woman&#39;s
approach to friendship, singlehood, and relationships.

On her new podcast AIA: Ask Iliza
Anything she offers up her unique perspective to listeners, answering their questions on
virtually any topic. Other credits include, “Truth &amp; Iliza,” a limited run talk show she hosted on
Freeform and “Forever 31”, a digital series she created and starred in for ABC Digital. She is the
only female and youngest comedian to hold the title of NBC&#39;s Last Comic Standing.

Iliza’s stand-up credentials also include headlining the coveted Montreal Just For Laughs Festival
and The New York Comedy Festival. As a national headliner, Iliza tours internationally year-round
selling out theatres. She regularly takes part in USO tours to show her support of those who
serve and has participated in the Chairman of the Joint Chiefs of Staff&#39;s personal USO Tour
throughout the Middle East and Europe, as well as Al Roker&#39;s Today Show USO Tour in
Afghanistan. She recently took part in the Geena Davis Institute’s “Funny Ladies: Serious
Business” panel and the Emily’s List event Cocktails For Change.

Iliza’s was featured in Elle’s “Women in Comedy” issue two years in a row and her television
credits include multiple appearances on “The Tonight Show with Jimmy Fallon,” “The Late Late
Show with James Corden,” and “The Today Show.”

Iliza lives in Los Angeles where she spends time making up songs and nicknames for her dog
Blanche.