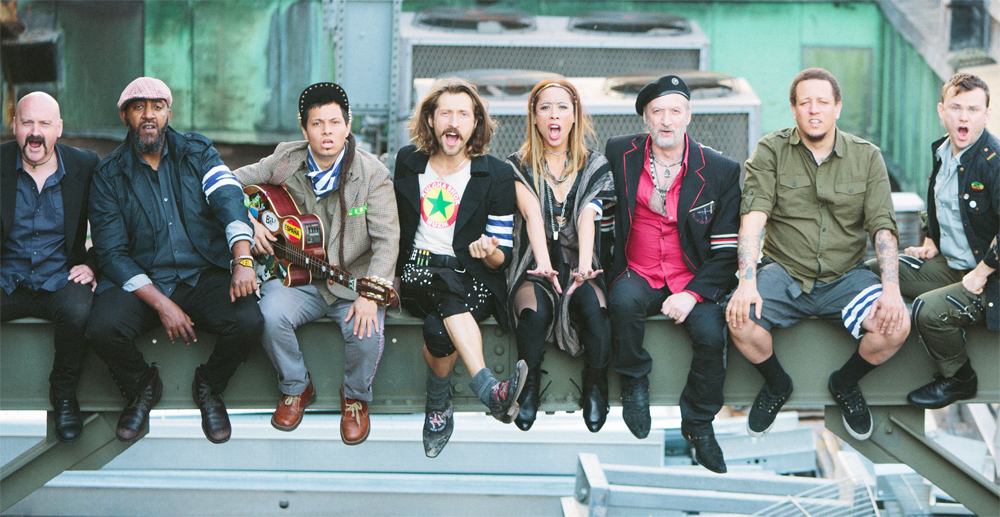 Brought to you by the producers of the Bottlerock Music Festival, Gogol Bordello is an assemblage of talented musicians who have developed the band’s unique gypsy inspired sound and high energy shows.  In 1999 they released their debut full-length Voi-La Intruder and since then the band has released five more studio albums, toured the world extensively, and appeared in the hit indie film Everything Is Illuminated, which starred Hutz alongside Elijah Wood. Their acclaimed live show has drawn them out on perpetual tours, including stints on the road with Cake, Primus, and Flogging Molly. In 2013 the band released their sixth album Pura Vida Conspiracy, a critical smash that makes a perfect addition to their spectacle-filled sets on tour.

Few live shows can match the unbridled energy and wacky-wonderful atmosphere of a Gogol Bordello concert. The band is legendary for their off-the-wall performances and their devoted fans are just as boisterous, singing along to every song as stage divers soar through the air. Their boot-stomping tunes incorporate gypsy elements like accordion and violin, adding an eclectic flavor to their folk and punk-inspired sound. Whether they’re rocking out to the fan favorite “Start Wearing Purple” or playing newer tracks off 2013’s Pura Vida Conspiracy LP, Gogol Bordello’s eight talented members always take the stage with showmanship to spare, treating ticket buyers to a dance-worthy and euphoric concert experience they won’t soon forget.