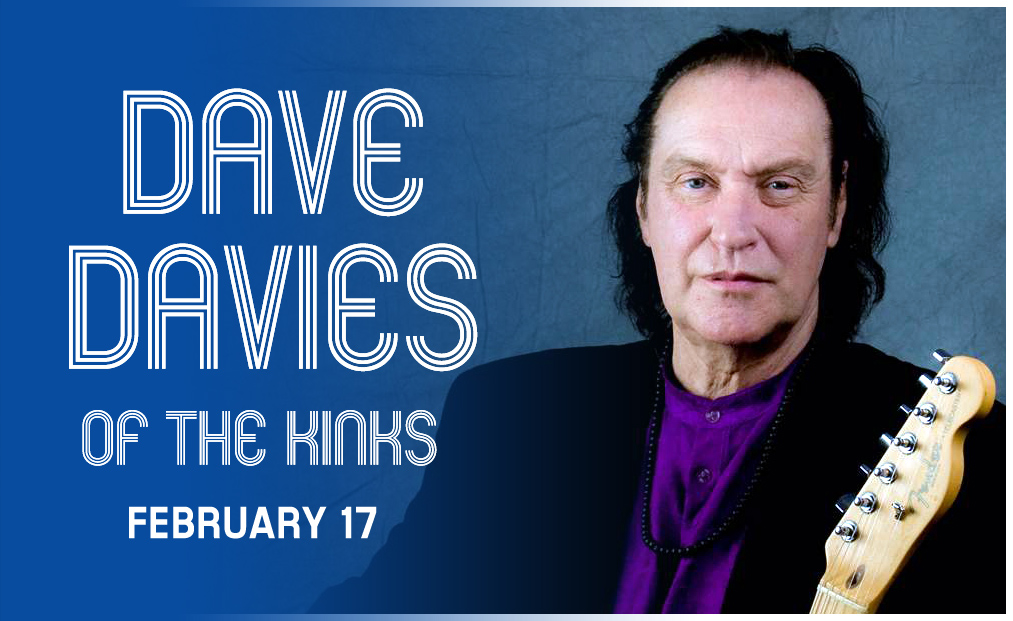 A founding member of British rock band The Kinks, guitarist Dave Davies was an integral part of the quartet who helped shape the sound of rock with hits like “All Day and All of the Night,” “Lola,” and “You Really Got Me,” the latter of which features his iconic guitar riff to kick off the song. Named one of Rolling Stone Magazine’s “100 Greatest Guitarists of All Time,” Davies’ massive guitar sounds have inspired bands from Van Halen to Green Day. He also released a few critically acclaimed solo albums and, in 1990, was inducted into the Rock and Roll Hall of Fame as a member of The Kinks. For this show, Davies will be performing with a full band.